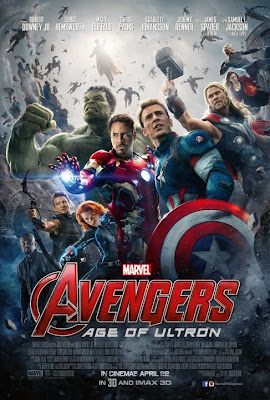 The great thing about the British tabloids is they never let a strict adherence to the truth get in the way of a headline. Take this one from The Daily Mail: "Stephen Hawking and Elon Musk sign open letter warning of a robot uprising." Pretty ominous, huh?

Artificial intelligence has loomed as a threat to humanity ever since Victor Frankenstein reanimated his first corpse. A.I. dooms us all, whether on Earth ("Terminator" and its sequels) or out in space ("Battlestar Galactica"). If we're lucky, we'll just end up ruled by a despotic supercomputer, as in Joseph Sargent's 1970 thriller "Colossus: The Forbin Project." If we're not lucky — boom.

Two movies now in theaters take different approaches to the A.I. menace. In "Avengers: Age of Ultron," A.I. is the latest threat confronting Marvel's cinematic superheroes. "Ex Machina," meanwhile, confronts us with just how thin the line between intelligence and artificial intelligence really is.

The curious thing about Marvel's movies is they're action movies where the action is typically the least interesting part. The Shaw Brothers, Marvel is not. And "Avengers: Age of Ultron" has a lot of action. It starts with a raid on a Hydra base — Hydra being the bad guys from the Captain America movies and TV's "Agents of SHIELD" — and ends, like the first "Avengers" movie, with a huge battle involving our heroes vs. an army of disposable drones. And no, that's not a metaphor for the United States' preferred form of modern warfare. In his second outing for Marvel, Joss Whedon still directs action scenes as if they bore him, and they probably do. They're just this thing he has to do because they're expected, and his disinterest is contagious.

The big bad is an insane robot named Ultron, voiced with malevolent glee by James Spader. Spader needs only his voice to rank with Tom Hiddleston's Loki among Marvel's best villains.

One of Stark's science projects gone awry, Ultron is supposed to protect humanity. Then Ultron decides the best way to do that is by making humanity evolve, and nothing speeds along evolution better than a global extinction event. Oops.

It makes one long for the more modest aims of Gene Hackman's Lex Luthor, plotting to dump California's coastline into the Pacific to further a real estate scheme.

Whedon, who also wrote the script, is on more comfortable turf dealing with characters, and "Age of Ultron" gives him plenty. Joining the previous film's team are "Godzilla's" Aaron Taylor-Johnson and Elizabeth Olsen as Quicksilver and the Scarlet Witch, while Paul Bettany, Stark's helpful A.I. Jarvis in four earlier movies, finally shows up in the flesh as the Vision. 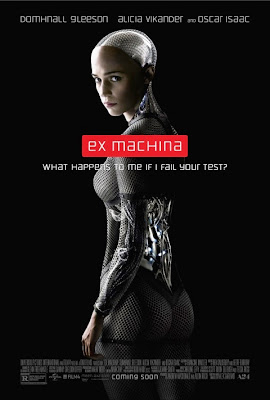 The verbal sparring between Stark, Captain America (Chris Evans) and Thor (Chris Hemsworth), along with the budding romance between Ruffalo's Banner and Scarlett Johansson's Black Widow, keep lively what otherwise, like "Iron Man 2," feels more like a warm-up than the main act.

"Ex Machina" is definitely a main act, and it's a brilliant one. Screenwriter Alex Garland ("28 Days Later") steps behind the camera for an impressive directorial debut.

Billionaire tech mogul Nathan (Oscar Isaac) invites one of his programmers, Caleb (Domhnall Gleeson), to his secluded home for an experiment. The experiment is to test whether Nathan's android Ava (Alicia Vikander) has achieved artificial intelligence. But when Ava tells Caleb that Nathan cannot be trusted, it kicks off a battle of wits that leaves us to ponder not only what it means to be human, but whether the real danger of artificial intelligence isn't a lack of humanity, but too much of it.

Garland has crafted a first-class sci-fi thriller, with so many twists and red herrings that the ones you see blind you to the ones you don't.

"Ex Machina" may be the smaller film about A.I., but it leaves the bigger impression.
Posted by Franklin at 12:00 AM