'The Babadook' doesn't live up to the hype 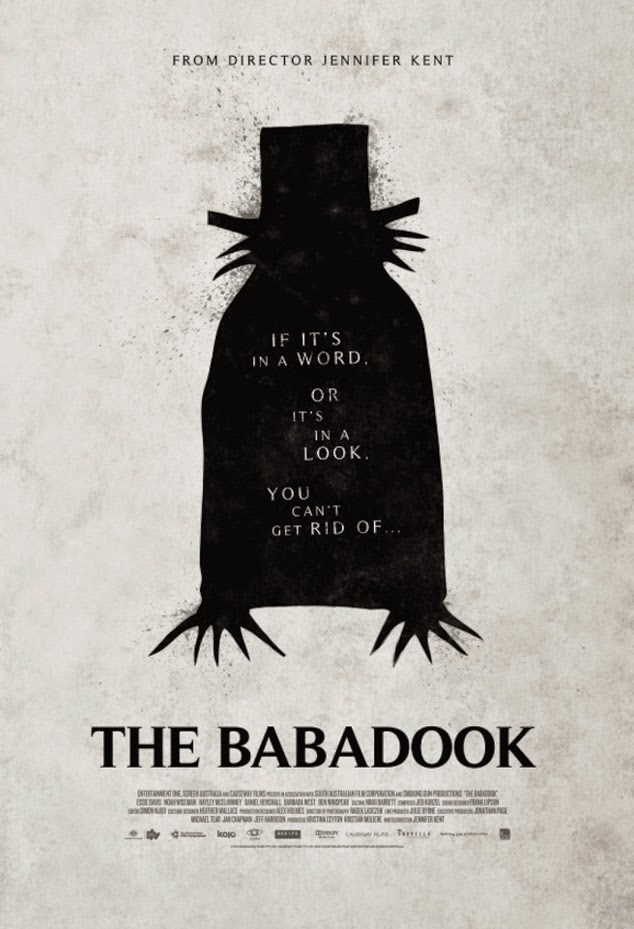 "The Babadook" arrives on home video riding an outsized wave of hype. This small, Australian movie, partly funded via a Kickstarter campaign, has been dubbed the next big thing in horror. "Exorcist" director William Friedkin has proclaimed it even scarier than his seminal work.

That leaves one to wonder: When was the last time Friedkin saw "The Exorcist," anyway?

As a depiction of a family's trauma, "The Babadook" almost works, but as a horror movie it's a major letdown.

Arriving simultaneously on Blu-ray, DVD and Netflix streaming, "The Babadook" is another spin on that tried and true horror trope, the haunted object. In this case, the object is a children's pop-up book with no author and no publication information, just a title — "The Babadook."

Single mother Amelia (Essie Davis of"Miss Fisher's Murder Mysteries") is surrounded by death. She works in a nursing home, tending to the aged and running their weekly bingo game, not that many of them seem to notice. Most of her charges have already passed on, mentally if not physically. It's the sort of work that can sap the life out of you, if you're not careful.

At the end of the day, Amelia comes home to her 6-year-old son, Samuel (Noah Wiseman). And Samuel, as they say, is a handful. He is always in trouble at school, where the administrators are inclined to drug him, ship him off to therapy, or preferably both.

Samuel is also without a male role model, his dad having died in an auto accident while driving Amelia to the hospital to give birth to him. So, if you think Amelia sees in Samuel a subconscious reminder of her husband's death, you got it in one.

Precocious but over-imaginative, Samuel insists his mother check the closet and peek under the bed for monsters each night. He constructs "Home Alone"-style booby traps for any boogeymen she might miss. You can bet that's the sort of detail that will be important later.

After yet another parent/teacher conference, Amelia yanks Samuel out of class until she can find a school that will treat him as something more than a problem to be managed. In the meantime, mother and son have an opportunity for quality time at home. This cannot possibly go wrong.

One night, Samuel asks to pick the book for his nightly bedtime story, and he picks one Amelia has never seen before. It's "The Babadook," and it's about a boogeyman.

There's little here we haven't seen before. The Babadook comes to life to torment Samuel and Amelia, the book returns no matter how many times Amelia disposes of it, the usual stuff.

While the plot isn't compelling, the family dynamics are. One need not be Sigmund Freud to see the Babadook as representing Amelia's suppressed resentments, and the ambivalent way the movie deals with them is a nice surprise. Without giving it away, the ending is the one thing about "The Babadook" that works beautifully. It's just that getting there is a slog.

Writer/director Jennifer Kent, helming her first feature, doesn't yet have the knack for horror. "The Babadook" is lacking in both atmosphere and suspense. It doesn't help that the book within the movie telegraphs almost every potential fright. Even the most experienced horror directors have trouble ginning up terror when the audience knows what's coming next.

Making matters worse, it's hard to care about either Amelia or Samuel. Both are shrill and unlikable, although not without cause. And while that may work in a different context, here it's a nearly fatal flaw. We should care whether Amelia and Samuel live or die, but we don't. There's only so much high-pitched screaming you can endure before you want it silenced. As most of Kent's screen credits are for acting, I can only guess these are the performances she wanted.

"The Babadook" is not a total loss. The ending becomes more unsettling the more you think about it, and the little nod to Italian horror director Mario Bava shows Kent's heart is in the right place. With more experience, she probably has a good horror movie in her. "The Babadook" just isn't it.
Posted by Franklin at 12:00 AM