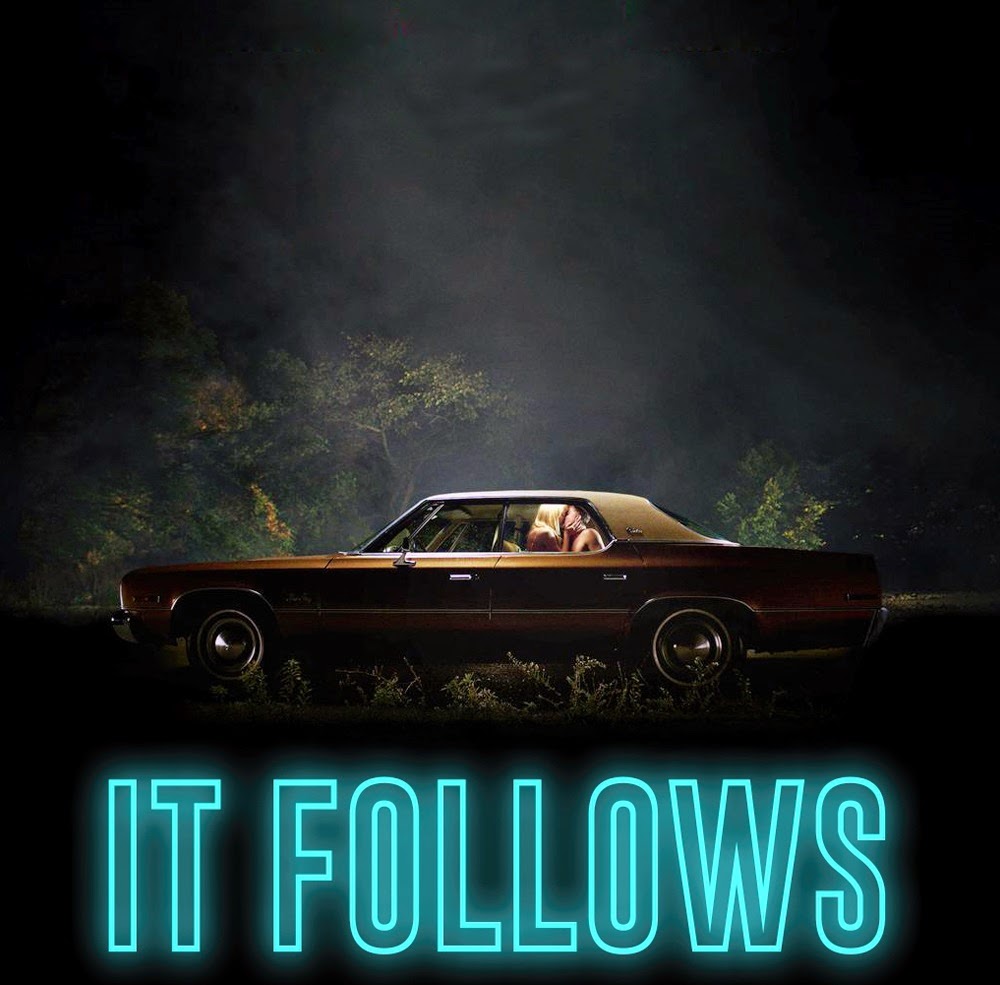 It's rare in this era of blockbusters and Oscar pretenders, but sometimes a movie can still sneak up and surprise you. "It Follows" does exactly that.

"It Follows" is a nearly flawless horror movie. But more, it's the best movie of 2015 thus far. With his second feature, writer/director David Robert Mitchell ("The Myth of the American Sleepover") has made what likely will be a career-defining film. "It Follows" is relentlessly suspenseful, even for jaded horror fans. You're relieved when the end credits roll, but you're soon ready to see it again. "It Follows" is that good. It hooks us with its opening scene — a single long take of a girl who appears to be running from nothing — and never lets go.

There's a bit of John Carpenter's "Halloween" in its DNA. The Carpenter vibe comes through especially in Mike Gioulakis' fluid cinematography and the unnerving electronic score by Rich Vreeland (credited as Disasterpeace).

Yet "It Follows" is not another winking, nostalgia-fueled love letter to horror flicks of decades past. Drew Goddard's "Cabin in the Woods" has taken that approach as far as it can go — for now, anyway. Instead, "It Follows" plays it straight, and the result is refreshingly modern.

What most sets "It Follows" apart is the extent to which Mitchell leaves events and motivations open to interpretation. We piece together the mystery just as his characters do. Mitchell's confidence in his audience makes the experience more rewarding and, strangely, more unsettling.

Mitchell starts with a clichéd premise and makes it seem new. A group of young friends find themselves stalked by a supernatural force passed around through sex. One could describe most "Friday the 13th" movies the same way. But from there, Mitchell plays off the greatest fears of youth, which are anything but supernatural: isolation and rejection.

Jay (Maika Monroe) is a pretty college student whose date with the new guy in the neighborhood (Jake Weary) goes wrong when he tells her he's given her a curse: a creature only she can see. The creature can appear to her either as a stranger or as someone she knows. Regardless, it will pursue her as far and as long as it takes to kill her — unless she passes it on by having sex with someone else. No matter how much distance she puts between herself and the monster, it will always follow her.

Jay turns to her sister and friends for help, and while they are naturally skeptical, they become her Scooby gang, helping her stay one step ahead of the creature while trying to find a permanent solution, if there is one to be found.

Mitchell has an ear for how teens speak. Jay and her friends sound like real young people, not hip thirty-somethings steeped in pop trivia and skilled in snarky comebacks. It helps, too, that they're played by a talented cast of relative unknowns, the most familiar of whom is Keir Gilchrist ("United States of Tara") as Paul, the awkward guy nursing an unrequited crush on Jay. (In this case, the "friend zone" is the safest place to be.) Mitchell's naturalistic approach makes the characters' predicament seem more real, too, which ratchets up the tension even more.

Monroe delivers a star-making performance. She hits all the high notes that come with being a "scream queen" then gives Jay a depth that pulls us close and makes us feel for her. By the time she considers passing the curse to an unsuspecting stranger, we're invested. We sympathize even if we don't approve because we suspect we'd act similarly.

Mitchell shot "It Follows" in the hollowed-out ruins of post-industrial Detroit. Parents, the police and other authority figures are mostly absent. Jay and her friends can stay on their folks' health insurance until they're 26, but otherwise they're on their own. No one is looking out for them.

It happens to everyone. Eventually, you have to grow up and face the world — a world that includes bad sex, bad decisions and the realization death is slowly creeping up on you. One day you're young and invincible, the next you're an adult and everything aches. The real horror is knowing it's coming.
Posted by Franklin at 12:00 AM