Culture Shock 04.16.15: 'Daredevil' brings Marvel back down to Earth 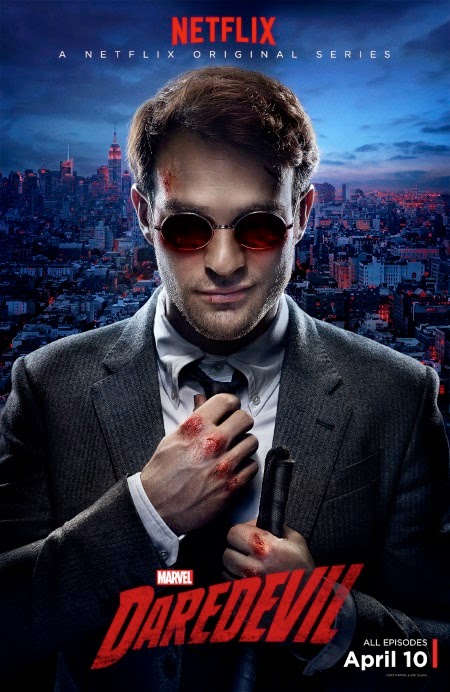 One particular scene marks when Marvel's "Daredevil" goes from being merely good TV to being something special.

At the end of the second episode, Daredevil — although he isn't yet called that — fights his way through a gang of Russian mobsters in order to rescue a kidnapped boy. The entire fight plays out in one long take, no cuts and no trickery. With its bare-knuckle brutality and seemingly effortless cinematography, it immediately draws comparisons to the extraordinary hallway fight in Chan-wook Park's 2003 film "Oldboy." One rarely sees such compelling fight scenes in movies nowadays, and never on television. If anything, "Daredevil's" fight surpasses "Oldboy's."

If there's one thing "Daredevil" does well, it's fight scenes, but the show does a lot of other things well, too.

All 13 episodes of "Daredevil's" first season debuted on Netflix last Friday to near unanimous raves. Count this review among them. The first of Marvel's five planned Netflix series, "Daredevil" brings the far-flung Marvel Cinematic Universe, which took off into deepest space with "Guardians of the Galaxy," back down to street level, specifically New York City's Hell's Kitchen.

This is a New York still rebuilding following the events of "The Avengers," and one man wants to see the city rebuilt according to his own grand design, and heaven help anyone who stands in his way.

Wilson Fisk (a perfectly cast Vincent D'Onofrio) may lack the Red Skull's Cosmic Cube or Loki's godlike powers, but he more than makes up that deficit with sheer physical menace. He's Marvel's most fully realized villain to date, in large part thanks to D'Onofrio's mercurial performance.

A man-mountain barely concealing both volcanic rage and childlike insecurities, Fisk has never truly grown up. But he has grown powerful, and from Hell's Kitchen's shadows he runs the most fearsome criminal organization in the city. He owns the cops, the courts and even members of the media. And he's looking to expand.

That places Fisk on a collision course with Hell's Kitchen's self-appointed defender, a masked vigilante dressed in black who is chipping away at Fisk's empire.

When he was 9 years old, young Matthew Murdock (Skylar Gaertner) was blinded while saving a man from being run over by a truck carrying chemicals. The chemicals took Matt's sight, but they heightened his other senses to superhuman levels. He can hear cries for help across town, tell when you're lying by your heartbeat, and smell a hit man’s aftershave two floors down.

He's also an expert in martial arts, thanks to being recruited and trained by a blind martial arts master and all-around jerk named Stick, made likable by Scott Glenn's endearing portrayal.

Yes, that sounds a lot like the old TV show "Kung Fu," a fact the show acknowledges with a sly grin, proving you can do gritty street-level superheroics without losing your sense of humor.

Now an adult, Matt Murdock (Charlie Cox) fights for the innocent by day as a lawyer and by night as the "man in the mask." Like I said, he's not Daredevil yet, but he is on the path.

As not-quite-Daredevil, Matt has one ally, Rosario Dawson as the nurse who patches him back together. As Matt Murdock he has a few more: his law partner Foggy (Elden Henson), their client-turned-secretary Karen (Deborah Ann Woll) and investigative reporter Ben Urich (Vondie Curtis-Hall).

Cox's Matt Murdock makes us forget Ben Affleck was ever miscast in the same role. Cox brings humor and drive to the character, and endows him with charisma to spare.

Show runner Steven S. DeKnight, taking over for Drew Goddard, who dropped out early into production, ably treads the fine line between genres. By the time Matt finally puts on his red costume with the horns, it feels natural. The Marvel Cinematic Universe happily accommodates the spectacle of the movies, the family-friendly adventure of ABC's "Agents of SHIELD" and the adult crime drama of "Daredevil." But those of us who grew up reading the comics already knew that.
Posted by Franklin at 12:00 AM