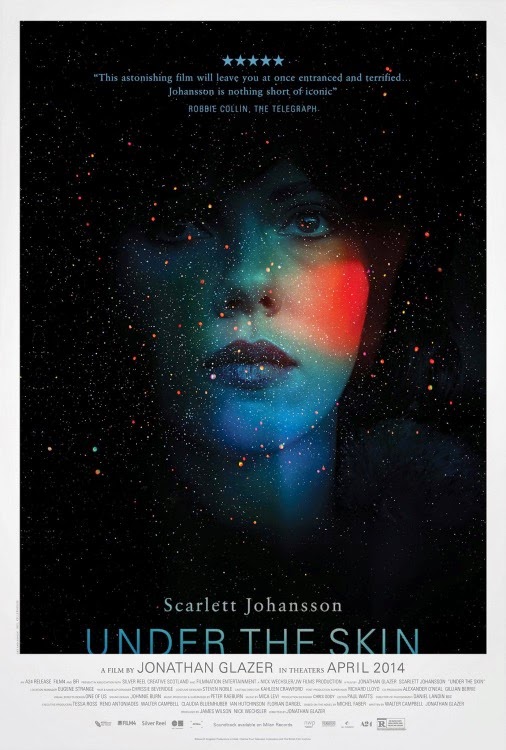 It's Cold War paranoia distilled into one feverish scene: Actor Kevin McCarthy running through the streets — stopping traffic, banging on windows, yelling at anyone who will listen, as well as those who won't.

"They're not human! They're here already! You're next!"

But no one ever listens, not until it's too late. And it's always too late.

"Invasion of the Body Snatchers" (1956) appeared at the height of the Red Scare, with aliens as stand-ins for communist infiltrators. But the fear of being subverted and replaced by outsiders is universal. Few political issues ignite passions like immigration does, because immigration strikes at things more primal than mere pocketbook concerns. People fear waking up to find they're suddenly in a culture not their own. Every new ethnic restaurant becomes a beachhead for the "invasion."

With "Under the Skin," now on Blu-ray and DVD, director Jonathan Glazer ("Sexy Beast") flips the invasion narrative on its head, telling it from the invader's viewpoint.

The invader is question is Scarlett Johansson, taking time out from playing the Marvel franchise's Black Widow, but still acting out the black widow role by luring unwary young men to their doom.

She's the spearhead of what seems to be an alien invasion, although we're never entirely sure. "Under the Skin" is not exactly upfront about its intentions, rather like what you'd expect of a stealth operation.

Johansson's femme fatale tools around Scotland in a minivan, giving her as unthreatening a cover as one can imagine. She goes from the streets of Glasgow to the cloud-covered, picture postcard Highlands, pretending to be lost and asking young, lonely-seeming men for directions. She strikes up conversations, flatters her would-be rescuers, and so it goes. How many red-blooded, heterosexual males can resist an invitation from a woman who looks like Scarlett Johansson?

Back at her place, these men enter a world that can appropriately be called alien. Then they disappear, never to be seen again — not as themselves, anyway. As the title implies, it's what's under the skin that counts.

McCarthy's voice echoes across the decades: "They're here already! You're next!"

Soon enough, Johansson is back on the road, looking for the next lonely guy.

Without leaving her front seat, Scarlett has a good view of humanity: people walking, people in traffic, men, women, children, families. She sees people living, loving and laughing. She sees us at our best and our worst. One wonders what she was told to expect, if anything.

Are we people to her or cattle? Or are we as much a mystery to her as she is to us?

Glazer makes "Under the Skin" deliberately disorienting, aided and abetted by the menacing drone of Mica Levi's ambient score. When Johansson's alien crosses into our world or her victims cross into hers, there is a sense that they've crossed barriers not meant to be breached.

Neither side is hospitable to inhabitants of the other.

Glazer entrusts his film to Johansson, and she rewards him with a performance that's subtle and beguiling. This is Johansson at her best.

Her performance is as enigmatic as the movie. We're not sure what "Under the Skin" is all about. As in life, we're left to make up our own meaning.
Posted by Franklin at 12:02 AM