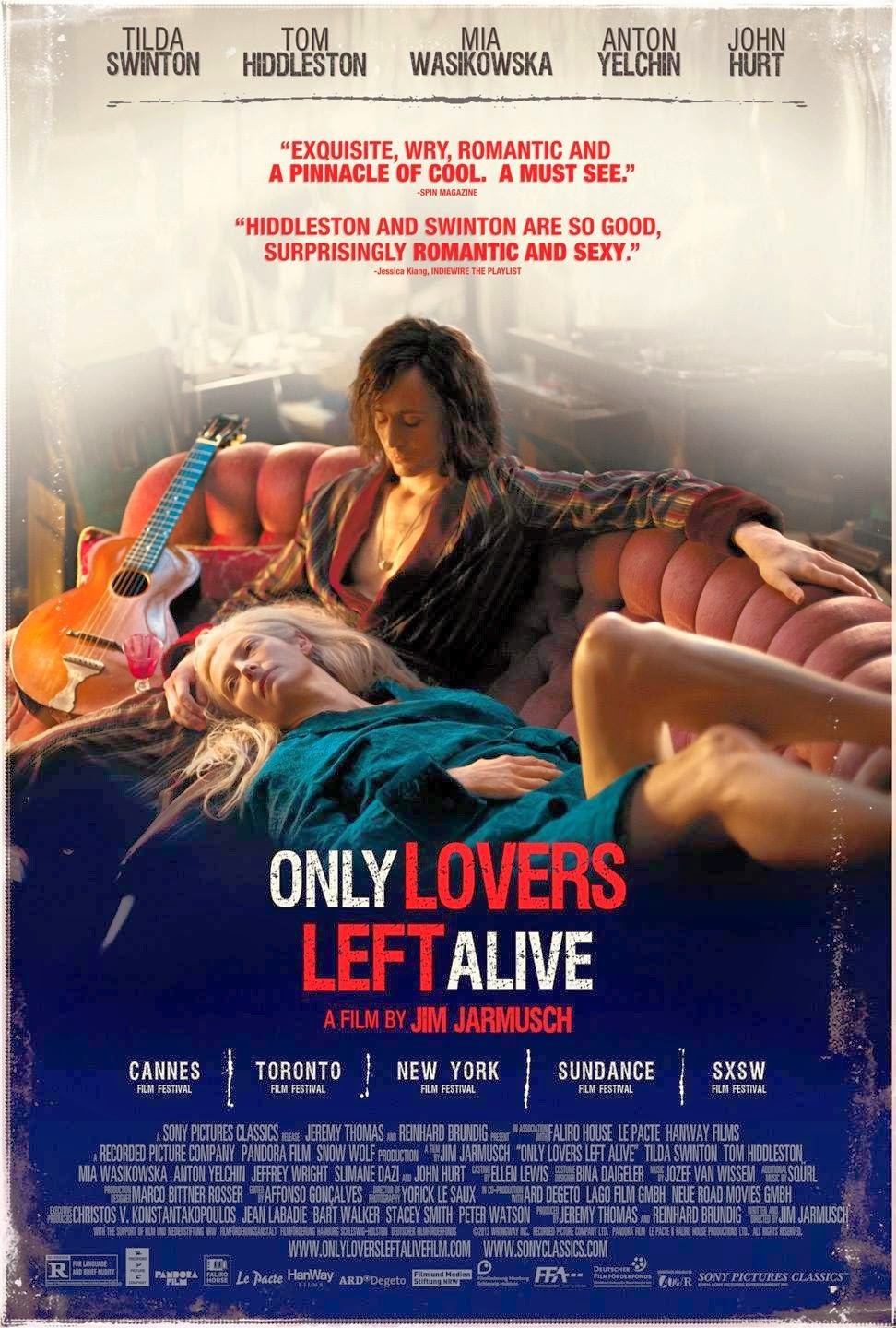 At first it seems as though we're meant to identify with Adam and Eve, the couple at the center of Jim Jarmusch's latest film, "Only Lovers Left Alive," new to DVD and Blu-ray.

If nothing else, we're to envy their glamorous lifestyle. They're beautiful, civilized and have impeccable taste. They've traveled the world, met famous people and done things the rest of us can only dream of. And their love is eternal.

Adam and Eve, you see, are vampires.

Many movies tell us immortality is boring, but Jarmusch's "Only Lovers Left Alive" is the first to make the audience really experience it. Putting up with Adam and Eve, played by Tom Hiddleston ("Thor") and Tilda Swinton ("Snowpiercer"), is enough to test anyone's patience.

The movies have given us goth vampires and punk vampires. They've even — heaven help us — given us WASP vampires. But Adam and Eve may be the first hipster vampires.

Eve is the literary type. When packing for a trip, she fills her luggage with a little light reading, such as the late David Foster Wallace's critically lauded doorstop, "Infinite Jest."

Adam is a musician, and a good one, too, with a growing following on the underground music scene, nurtured by his reclusiveness and refusal to perform live. Not that he wants to be popular. Far from it. Adam regards popularity as a "drag." He was a fan of himself before he was cool.

He'd much rather hole up in his home, surrounded by analog technology and vintage recordings of musicians you've probably never heard of.

Adam is also a fan of scientists, which gives him cause to vent about how humanity keeps ignoring or persecuting them. He grumbles that people still haven't come to grips with Charles Darwin, and he powers his off-the-grid house, located in an especially bleak part of bleakest Detroit, with one of Nikola Tesla's "free energy" generators. Just when you think our hipster vampire can't be any more cliché, he dabbles in steampunk.

Both Adam and Eve have plenty of money, although neither seems to have a way of earning it. Maybe they have rich vampire parents somewhere? But money means nothing to them, except when it buys vintage musical instruments or the best all-natural, free-range, organically farmed, preservative-free blood. Eve's connection for the "good stuff" is Elizabethan playwright-turned-vampire Christopher Marlowe (John Hurt), who claims to have written the works attributed to Shakespeare, although I'm not sure he's trustworthy. Adam's source is a Dr. Watson (Jeffrey Wright), if that is his real name.

Stalking victims and sucking them dry is played out. After all, you don't know where they've been or what they've been eating.

Eva and Adam, we're told, are passionately in love, but passion seems the farthest thing from either of them. What they are is comfortable, like Adam's centuries-old dressing gown.

The film finally livens up when Eve's wild-child sister, Ava (a marvelous Mia Wasikowska), drops in and makes things uncomfortable. Ava is a mess, but she is the only one who sees Adam and Eve for what they are: "condescending snobs."

As far as Adam and Eve are concerned, we're the problem: you, me and the rest of humanity, whom they dismiss as "zombies." It recalls the words of the original hipster, Henry David Thoreau, who wrote, "The mass of men lead lives of quiet desperation."

Adam and Eve read the right books and listen to the right music, always on vinyl. When Ava asks if she can have a download of one of Adam's songs, his contempt is palpable.

Jarmusch fills the screen with pretty pictures, and Swinton and Hiddleston are charismatic enough to command our attention, even if their characters do nothing to deserve it. It's only at the end, the final shot, that we see Jarmusch has played a joke on his lovers, and perhaps, unintentionally, himself.

Driven by hunger and desperation, Adam and Eve revert to the old ways. Their masks of refinement drop, and the vampires are just zombies, too. It's a good punch line, but it's not worth the set-up.
Posted by Franklin at 12:00 AM