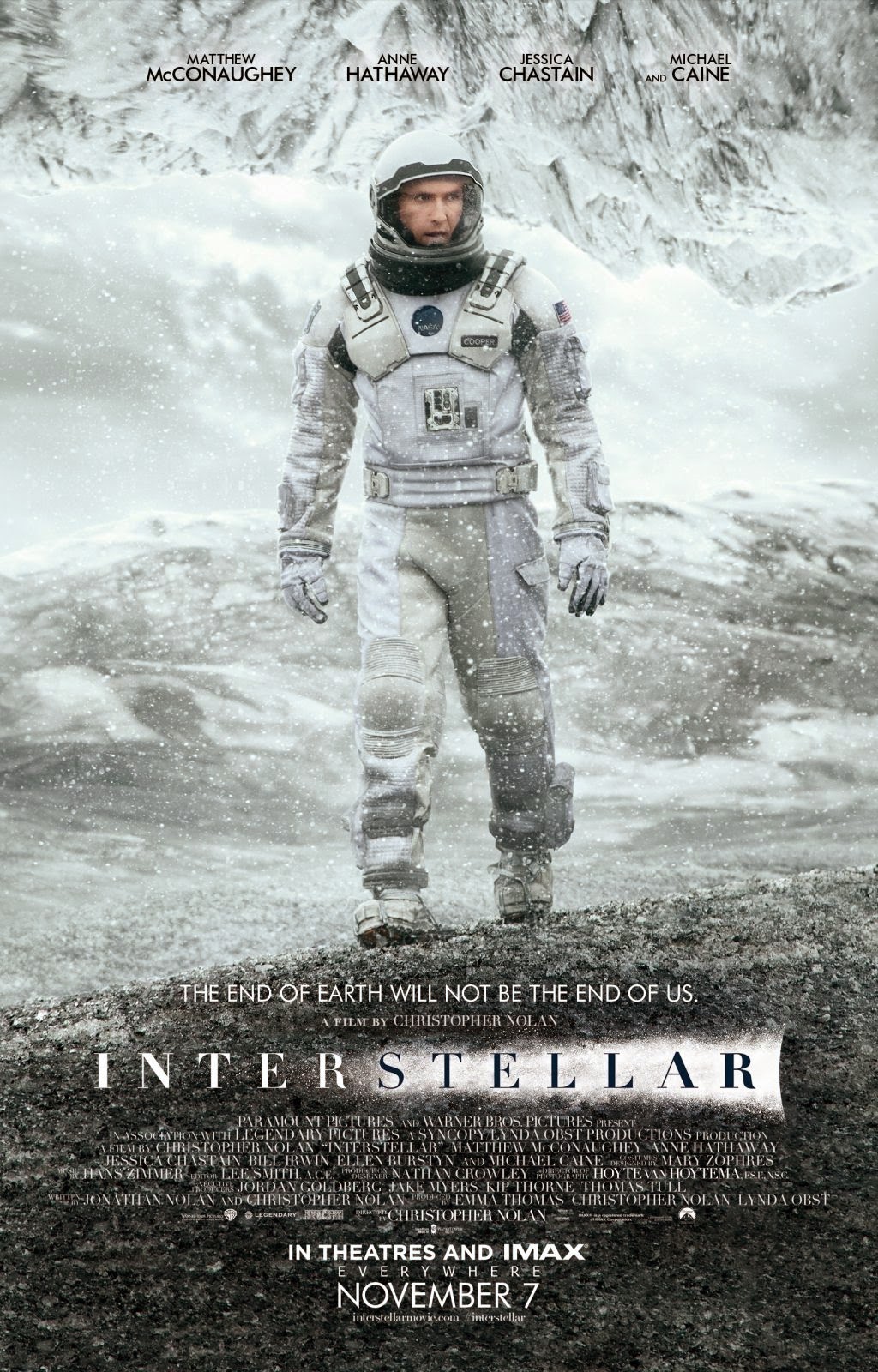 Christopher Nolan aims so high, and does so with such skill, that often it's only as we're leaving the theater that we realize he's pulled another fast one on us.

Nolan's latest film, "Interstellar," is mesmerizing in every sense of the word. It's visually and emotionally gripping as it deals with Great Big Ideas. It wants very much to be the kind of science fiction that went out of vogue after "Star Wars," and which is seeing a kind of mini-renaissance now. Ideally, given how its plot unfolds, a better title for "Interstellar" would have been "Gravity." But that name was taken.

I've argued that "Star Trek: The Motion Picture" is underrated because almost no one sees it for what it is: a humanist retort to "2001: A Space Odyssey." But there is no mistaking the fact Nolan and his co-screenwriter brother, Jonathan, mean to boldly go down the same path. "Interstellar" is about humanity taking the next step in its evolution, yet while retaining its essential humanity. It is anti-"2001" even as it updates that film's aesthetic for the 21st century.

When it comes to inspiration, Nolan looks not just to Stanley Kubrick's sterile masterpiece but also to its overlooked sequel, Peter Hyams' "2010," borrowing a few of its ideas and one of its stars, the reliable and reassuring John Lithgow.

"Interstellar" begins in our near future, where a blight is wiping out grain crops one by one, threatening the world with starvation and worse. Much of the population is implied to have died already, and all resources are marshaled toward food production, to the point that even the world's armies have been disbanded, which seems the opposite of likely. Otherwise, apart from a jab at American science education, the Nolans are deliberately vague about the political and economic circumstances of their near-future America, which is for the best. It saves them further embarrassment, and it's all merely the backdrop for the premise: The Earth is dying, and humanity needs a new home.

Cooper (Matthew McConaughey), an astronaut-turned-farmer, ends up in the pilot seat for the mission to save humanity, which involves a breathtaking trip through a wormhole to another galaxy, where three planets orbiting the same star are the best candidates for a new world.

The trip, however, means leaving behind his children, son Tom (Timothée Chalamet) and daughter Murph (Mackenzie Foy), who, thanks to the laws of physics, age into Casey Affleck and Jessica Chastain while Cooper stays the same age. (One suspects the irony would be lost on McConaughey's "Dazed and Confused" character.)

As the movie goes on, the Nolans begin to over-explain everything. To the movie's detriment, the characters start to sound like Wikipedia articles on general relativity and evolutionary psychology.

On a practical level, "Interstellar" is a plea for more NASA funding to safeguard mankind's future. But such pleadings seem myopic when we're on the cusp of an explosion in space travel. NASA and the Soviets no longer monopolize space. It's open to all, from the European Space Agency to the Japanese to too many private concerns to name. People are already making space happen.

On a deeper level, "Interstellar" is about the resilience of the human spirit and the enduring power of love, even against the cold equations of relativity and the savage demands of Darwinian survival. Love, it turns out, is also a survival instinct.

Unfortunately, the Nolans don't trust us to figure this out on our own. Instead, they reduce everything to New Age gibberish no actor can portray convincingly and no one but Deepak Chopra can take seriously. "Interstellar" suffers for it, and so do we.
Posted by Franklin at 12:00 AM