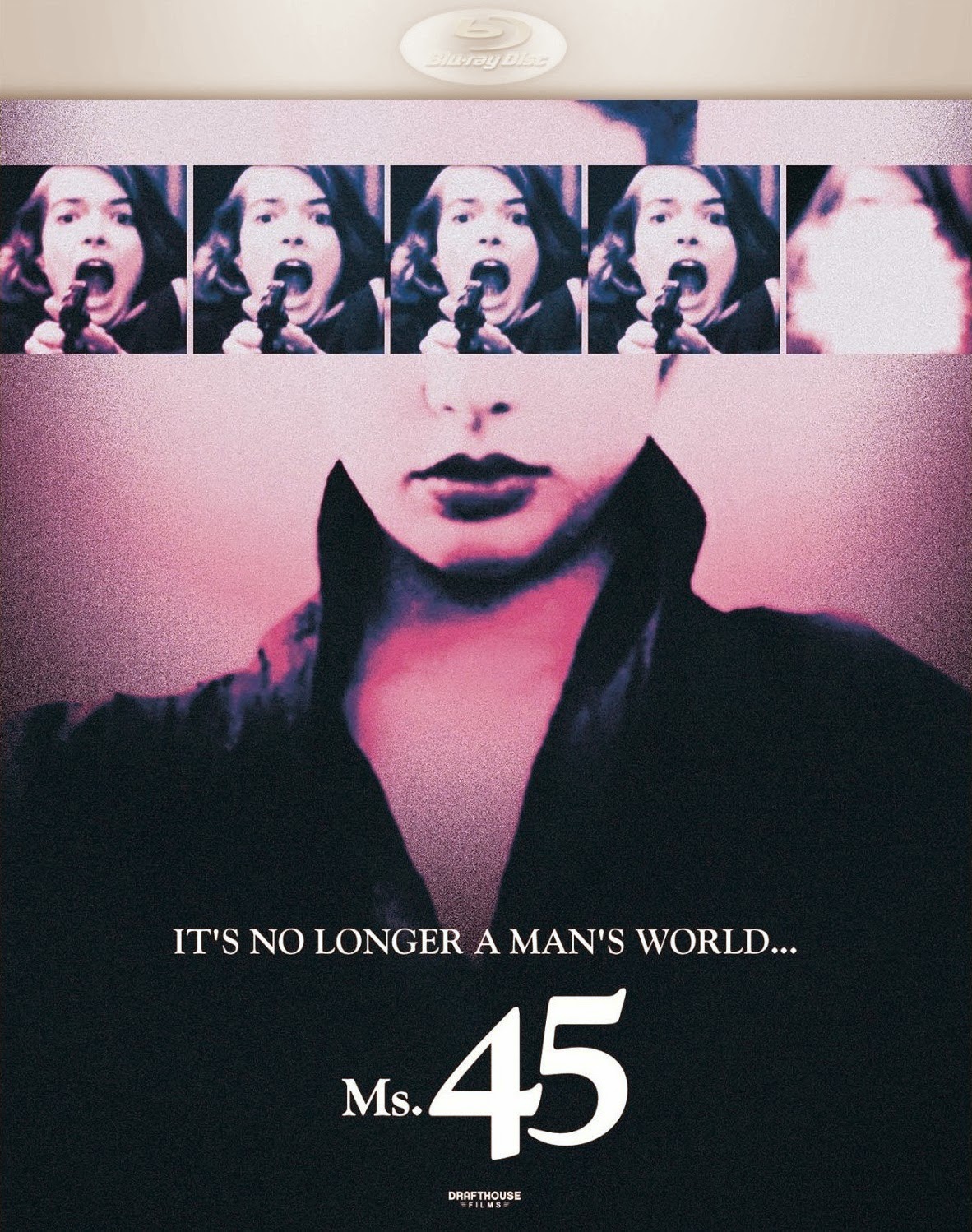 Thana is a seamstress working in New York's garment district. Every day after work, she and her co-workers run a gauntlet.

Judging by director Abel Ferrara's 1981 film "Ms. 45," men in New York City have little to do but stand on street corners and hurl lewd comments at every woman who walks by. Thana's friends, being New Yorkers, give as good as they get. But Thana (Zoë Lund) is mute. All she can do is passively absorb each unwelcome come-on.

Then Ferrara cuts to Thana shopping in a supermarket. She's in the meat department, of course. She has moved from one kind of meat market to another.

It's easy to read one's sexual politics into "Ms. 45." Ferrara, who also directed the even more controversial "Bad Lieutenant" with Harvey Keitel, and Nicholas St. John, Ferrara's go-to screenwriter, give us a lot to work with. But at its core, "Ms. 45" is simpler than that.

"Ms. 45" is what can happen when the voiceless fight back.

Long out of print, "Ms. 45" returns looking better than ever. Drafthouse Films, the distribution arm of the Austin, Texas-based Alamo Drafthouse theater, has restored and released "Ms. 45" on Blu-ray, DVD and Amazon's video on demand. And early-'80s New York's grime and seediness have seldom been reproduced in such clarity and detail.

Ferrara wastes no time taking Thana's situation from bad to worse. On one of her walks home, a man in a clown mask (Ferrara) pulls Thana into an alley and sexually assaults her. Afterward, she walks home, dazed, only to walk in on a burglar, who then assaults her a second time.

The double attacks recall the most infamous of rape/revenge films: 1978's "I Spit on Your Grave," which wore its feminist revenge fantasy ambitions on its sleeve when originally released under the title "Day of the Woman."

"Ms. 45" is a direct descendant of "I Spit on Your Grave" and 1972's "The Last House on the Left," although it's more stylish and less lurid then either of those polarizing exploitation flicks.

When Thana turns the tables and kills her second attacker, the symbolism is ripe. First she sends him reeling with a blow from a glass apple paperweight, then she finishes him off with an iron. The overworked symbols of woman's deception and domesticity get their revenge.

And so does Thana.

When she kills a pimp, she strikes a blow for women everywhere. And when she kills an Arab oil sheik looking for a good time, it's almost was if she were standing up for all America. This is just a few years after the Arab oil embargo, after all.

In the film's most memorable scene, Ferrara stages a standoff that could have come out of a Sergio Leone Western. She lures a half dozen would-be attackers into an alley and guns them down with the kind of cold-blooded precision that would impress Clint Eastwood's Man with No Name.

As perversely playful as the scene is, though, it's also a sign Thana has crossed the line. From here, her vigilante justice descends into indiscriminate violence. No man is innocent, and no man is safe. The heroine's dark turn is what sets "Ms. 45" apart from the rape/revenge films that came before it. You might not agree with Camille Keaton's bloody rampage in "I Spit on Your Grave," but you at least know her victims have it coming.

By the time Thana dons her Halloween party costume — a nun's habit — she has become an angel of death. Unable to speak, unable to make others listen, Thana's story comes down to this.

Deprived of her voice for so long, Thana finds it again only at the very end. And in the end, all she can do is scream.
Posted by Franklin at 12:15 AM