Culture Shock 10.03.13: Much ado about Shakespeare

The future is difficult to predict. Will there be interstellar travel? Will robots learn to think?

So many unanswerable questions. But one thing no one questions is whether William Shakespeare will still be relevant. "Star Trek VI: The Undiscovered Country," set 300 years in our future, which puts it 700 years after Shakespeare, takes its title from "Hamlet" (Act 3, Scene 1) and features a wonderful scene in which a Klingon portrayed by David Warner, no stranger to playing Shakespeare on the stage, says, "You have not experienced Shakespeare until you have read him in the original Klingon."

The joke is itself a callback to novelist Vladimir Nabokov, who has a character say Shakespeare is better in the "original Russian." Everyone wants to appropriate the man so synonymous with the English language that we call him "the Bard." After 400 years, he hasn't lost a step.

Indeed, he seems more with us than ever. PBS is airing "The Hollow Crown," a four-part series that adapts one of Shakespeare's most neglected histories, "Richard II," and three of his best, "Henry IV, Part 1," "Henry IV, Part 2" and "Henry V." "The Hollow Crown" stars Ben Whishaw ("Skyfall"), Jeremy Irons ("The Borgias") and Tom Hiddleston ("The Avengers").

A restored Globe Theatre in London, called Shakespeare's Globe, stages Shakespeare's plays, and those of some of his contemporaries such as Christopher Marlowe, in the original style, including musical interludes. The performances are both thrilling and enlightening, and they are — educators take note — available on DVD from Kultur International Films (kultur.com).

Shakespeare boring? Well you just haven't seen Falstaff performed with Olivier Award-winning panache by Roger Allam ("The Thick of It") in "Henry IV, Part 1" and "Part 2."

Still, the real proof of Shakespeare's vitality isn't found in historically accurate costume dramas, but in the way his works continue to inform contemporary arts and artists.

As soon as he wrapped production on "The Avengers," Joss Whedon got together at his house with his actor friends and shot "Much Ado About Nothing," a glossy, sexy adaptation of Shakespeare's greatest comedy, transported to present day. Shakespeare not hip? The creator of "Buffy the Vampire Slayer" begs to differ. The Bard is hip, relevant and everywhere, whether you've noticed or not.

As the literary critic Harold Bloom argues, Shakespeare invented our conception of human nature. He also invented much of our language. We quote him without even thinking about it. 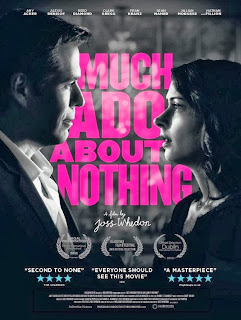 So why does reading Shakespeare remain, for most of us, such a chore? Equal to his power to inspire is his power to intimidate, and intimidate not just students, but teachers, too. Speaking from experience, there are few things sadder than a classroom full of high school sophomores stumbling aloud through "Julius Caesar" and wondering how much of it will be on the test.

That's no way to experience Shakespeare.

Watching the movie version of a classic literary work is usually a cheat, but with Shakespeare it's the next best thing to seeing him performed live. Shakespeare wrote plays, not novels. He isn't meant to be read, although that has its own pleasures. He's meant to be experienced.

The recent book "Living with Shakespeare," edited by Susannah Carson, collects essays by actors, writers and directors explaining how they have approached Shakespeare and what they have learned from him. (Another note for educators: This book is an excellent secondary text for your class.)

All these trained professionals struggle with Shakespeare just as we do. Yet as actor Ben Kingsley ("Iron Man 3") writes, "A lot of Shakespeare's audience were illiterate. Now the plays have become quartered into some kind of elitist literature exercise. It's stupid."

It's a fair warning. Shakespeare is important, but we lose something by treating him as above us, rather than as one of us. The expounder of human nature was only human.
Posted by Franklin at 12:00 AM