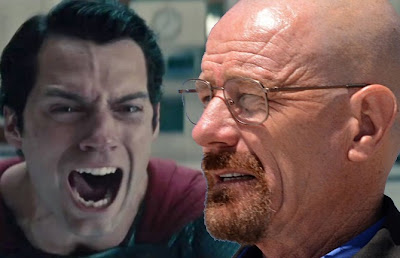 Two new books, taken together, perfectly illustrate the divergent fortunes of television and the movies.

The first is "Difficult Men" by GQ correspondent Brett Martin. In this case, the (overly long) subtitle — "Behind the Scenes of a Creative Revolution: From 'The Sopranos' and 'The Wire' to 'Mad Men' and 'Breaking Bad' " — says it all. Television is no longer mostly just sitcoms and episodic police procedurals, although both are still around and doing fine. Now there are complex shows with ongoing stories that attract some of the best actors in the business, the sort of actors who used to do only movies and looked down on TV work.

Driven by writer-creators rather than by directors, television has become the go-to platform for long-form, narrative storytelling.

At the other, seedier end of the street is Lynda Obst's "Sleepless in Hollywood: Tales from the New Abnormal in the Movie Business." Obst is a producer who has a hard time producing movies nowadays, even though her credits include hits like "Adventures in Babysitting" and "Sleepless in Seattle."

The reason is Hollywood doesn't make the kind of modestly budgeted films she makes anymore, unless they're horror films or star-driven comedies. Everything is either low-budget indie films, on the one hand, or grotesquely budgeted effects-driven extravaganzas based on brands with built-in audience appeal. That's why everything Hollywood produces seems to be a remake, a sequel or based on a book, comic book or old TV show.

They're not all bad, but for every "Iron Man" there are a dozen "Man of Steels," crowding out other types of movies. Once, these big-budget would-be blockbusters were tentpoles around which studios built their release schedules. Now, Obst complains, just about every studio movie is a tentpole.

Even a big-name director like Steven Spielberg has to scrape together funding when he wants to make a non-tentpole like his Oscar-bait biopic "Lincoln."

That prompted Spielberg and George Lucas, jointly credited/blamed with creating the "summer blockbuster," to warn that Hollywood's big tent is on the verge of collapsing.

The common denominator behind both TV's and films' fortunes is DVD sales.

The rise of DVDs (and video on demand) in the past 15 or so years made movies more available, a development that was one thing driving pay-TV channels like HBO into original programming as a way to differentiate themselves. The subsequent decline in DVD sales, however, broke all of the Hollywood studios' financial models, leading to the tentpole-dominated model that prevails now.

The decline of DVDs is in part the work of Netflix, which is also credited with helping change TV for the better by encouraging "binge viewing" and producing its own shows like the Emmy-nominated "House of Cards," a fourth season of "Arrested Development" and the latest critical darling, "Orange is the New Black." It's not too much of an exaggeration to say Netflix changed everything.

So, is everything roses for TV and curtains for the movies? Not necessarily.

Television still falls prey to formula. For all the talk of a "creative revolution," how many of these daring new shows can be summed up as "family man (or woman) with a secret criminal life"?

And Hollywood has been here before, when big-budget disasters like 1963's "Cleopatra" nearly sank studios and cleared the way for a new generation of filmmakers who made smaller, more personal films. After a decade of bloated epics, we got the generation of Francis Ford Coppola and Martin Scorsese and, yes, George Lucas.

Lest we forget, the original "Star Wars" was also a modestly budgeted film, by today's standards.
Posted by Franklin at 12:00 AM