Culture Shock 03.01.07: Loving celebrities is in our genes 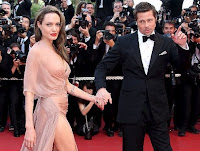 It's a common complaint: People are too interested in trivial celebrity gossip and pay too little attention to real news. And the mass media fosters this "culture of celebrity" by pandering to it, while coverage of important issues suffers.

Instead of reporting on the war in Iraq and the state of the economy, the argument goes, cable news channels offer hours of coverage of the Anna Nicole Smith legal battles, Britney Spears' shaved head and Madonna's latest trip to Africa in search of some unsuspecting child to adopt.

In the stuffy neoconservative magazine The Weekly Standard, Joseph Epstein writes "Without celebrities, whole sections of the New York Times and the Washington Post would have to close down."

The assumption, usually unspoken, is that the culture of celebrity is something new, something forced on us by "crass consumerism" and media saturation. All I needed, however, was a quick Google search to find some genuine, capitalism-hating Marxists making the point forthrightly.

A blogger at RadicalLeft.net writes disparagingly of Andy Warhol's pop art. Warhol, you see, had the gall to turn celebrity and pop culture into an art form. The same blogger also slams Oprah Winfrey: "... Oprah, whose fetishizing of celebrity and high-end consumer goods is legend, has fed that compulsive consumerism as much as anyone in modern media."

There is no doubt that capitalism produces more — better, faster and less expensively. That is why the capitalist West was growing rich while people in the former Soviet Union were standing in lines for hours to buy toilet paper. Capitalism and the mass media make celebrity gossip, and even the rare instance of real celebrity news, convenient and inexpensive for anyone who wants it.

But they don't create the demand for it.

People have been obsessed with celebrities going virtually as far back as our written records take us. Archaeologists have found graffiti about famous gladiators of the day scrawled on ancient Roman ruins. And ancient Greek athletes had cult-like followings.

Our collective interest in the lives of celebrities has been with us all along because, like most human behavior, it has its roots in our genes.

Celebrities, after all, are not like the rest of us. Some are bigger, stronger and faster. Others are prettier. Others still are just stranger. They stand out.

In prehistoric times, those were the sorts of qualities that helped get you a mate, enabling you to pass on your genes to the next generation. And genes are all about being passed on.

To get an idea how this works in practice, it helps to think about birds. In many bird species, males have brightly colored plumage. This makes them easier prey for predators, but the females love it. Attractive feathers are so useful when it comes to finding a mate that the advantage outweighs the disadvantage of possibly being eaten. Male peacocks in particular have elaborate tails that require a lot of extra calories to maintain. This would be an evolutionary minus if not for the fact that those otherwise useless tails drive the ladies wild.

Paris Hilton is the human equivalent of a peacock. She is mostly useless, but she has wealth, looks (to a degree) and fashion sense that signal "successful mate" to the primitive parts of male brains. Her night-vision sex tape probably didn't hurt, either.

Still don't believe celebrity culture comes from your genes? Well, not even the Marxists are immune. They're the ones buying T-shirts emblazoned with the image of communist guerrilla and ruthless killer Che Guevara. Che is now the celebrity icon for people who claim to hate celebrity icons. Regardless of politics, we all have some celebrity who arouses our interest. After all, we're only human.
Posted by Franklin at 12:00 AM