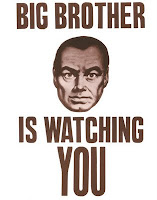 If you think you really own the songs you purchase and download from digital retailers like iTunes, think again.

The same goes for movies and episodes of your favorite television shows.

When you buy a compact disc or DVD, you can take it with you wherever you go, let friends borrow it and play it on any CD or DVD player. But you can't necessarily do that with the digital music and movies you buy online. The reason for that is something called Digital Rights Management.

DRM encoding embedded into songs you buy from iTunes, for example, prevents you from playing the songs on anything other than Apple's iPod or iTunes computer software.

When you buy a CD or DVD, a store clerk doesn't follow you home to see that you use it properly. But, in effect, that's what happens when you purchase digital media online. DRM is like Big Brother, always looking over your shoulder to make sure you don't use the product — for which you paid good money — in some way that the big music publishers and movie studios don't like.

DRM restrictions on TV shows are even worse. With some playback devices, downloaded episodes are automatically deleted or rendered unplayable after a few days whether you've watched them or not.

Not that DRM actually works, mind you. Hackers are always finding ways around it, in spite of legislation that makes doing so illegal. And even the most unsophisticated computer user can burn iTunes songs onto a CD and then copy them right back onto his computer as plain old MP3 files free of DRM. But DRM is an inconvenience, and it is an insult to consumers, who are treated like criminals.

The U.S. Congress, prodded by the Recording Industry Association of America and the Motion Picture Association of America, passed the Digital Millennium Copyright Act in 1998, criminalizing the production and distribution of technology designed to circumvent DRM. As science-fiction author and blogger Cory Doctorow has written, the main effect of the law hasn't been to protect copyrighted material but to stifle new media technologies.

"DRM isn't protection from piracy. DRM is protection from competition," Doctorow has written. He likens it the MPAA's initial opposition to VCRs — before, of course, the movie industry started making more money from home video than in theaters.

If the entertainment industry had gotten its way, VCRs would have been illegal. Now, it is getting its way, and digital technology is suffering for it.

But the battle lines against DRM are finally being drawn, spurred, in part, by an anti-DRM broadside from an unlikely source — Apple founder Steve Jobs.

"Why would the big four music companies agree to let Apple and others distribute their music without using DRM ... ?" Jobs wrote. "The simplest answer is because DRMs have never worked, and may never work, to halt music piracy."

Jobs may have an ulterior motive. European regulators want to force Apple to license its DRM technology to other companies, which would lead to consumers being able to play iTunes music on players other than Apple's market-leading iPod. For Jobs, mutual disarmament is a far better prospect that the unilateral disarmament Europe could force upon him.

But whatever his motivation, Jobs has reopened a debate that the big media empires had hoped to end in 1998. Consumers have little more to lose and their consumer sovereignty to regain.
Posted by Franklin at 12:00 AM