Are you paranoid enough? 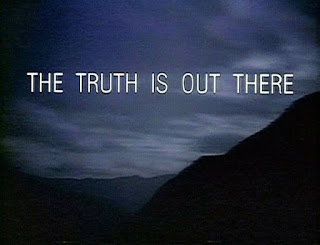 It seems appropriate that “The X-Files” will soon be returning to our TV screens, even if only for a limited engagement.

If you believe your eyes, recently released production photos showing Mulder (David Duchovny) and Scully (Gillian Anderson) back in action confirm the six-episode “miniseries event,” scheduled to air in January, is really happening. Before you know it, Mulder and Scully will be back to chasing ghosts and unraveling conspiracies.

When “The X-Files’ ” original run limped to an end in 2002, the war on terror was just beginning. The idea that the government might have surveillance programs capable of spying on the phone calls and emails of every American seemed like just another of Mulder’s wild conspiracy theories.

That was before WikiLeaks, before Chelsea Manning and, most importantly, before Edward Snowden, the former National Security Agency contractor who leaked documents detailing the NSA’s sweeping domestic surveillance agenda.

Reading journalist Glenn Greenwald’s account of the Snowden revelations, contained in Greenwald’s book “No Place to Hide,” is almost like getting caught up in an “X-Files” plot, only without the extraterrestrials. That there are no hints of extraterrestrial encounters in Snowden’s treasure-trove of incriminating NSA documents is probably a good indication that if there is intelligent life elsewhere in the universe, it has better things to do than visit us.

“The X-Files” returns to a landscape where large-scale wrongdoing and coverups by secretive government agencies are pretty much accepted as a given.

It is a landscape eerily similar to that of the 1970s, when revelations of government misconduct, especially by intelligence and law enforcement agencies, forged a golden age of Hollywood thrillers.

If you weren’t paranoid, you weren’t paying attention. This was the age of Watergate and the Pentagon Papers. It was also when the public first learned of COINTELPRO, an unwieldy acronym for Counter Intelligence Program. Via COINTELPRO the FBI waged a sometimes illegal campaign against domestic political organizations it deemed subversive — organizations both on the left and on the right. The FBI’s tactics involved infiltration, surveillance and, most worryingly, disinformation.

COINTELPRO came to light only when the Citizens' Commission to Investigate the FBI broke into an FBI office, took more than 1,000 classified documents and turned them over to the media. It was the Snowden leaks but with analog technology.

As far as Hollywood was concerned, this landscape was fertile ground for a decade of political thrillers, from “The Parallax View” to “Three Days of the Condor.”

Now the ripped-from-the-headlines conspiracy thrillers are in bloom again. They sprout even among superhero movies, where “Captain America: The Winter Soldier” deals in secret governments within secret governments and spy networks that can be turned on innocent people with the flip of a switch.

It’s no surprise that Sydney Pollack’s “Three Days of the Condor” is in the early stages of being dusted off and updated for the 21st century by Skydance Productions, which is looking to adapt the story for television. Nor is it a surprise that “The X-Files” isn’t alone in bringing back the combustible mix of conspiracies and the otherworldly.

Netflix is prepping a series based on the “Montauk Project,” which is half science fiction and half urban legend, and takes in everything from secret experiments and time travel to aliens from space and Nikola Tesla. It’s an everything-but-the-kitchen-sink approach to paranormal conspiracies. And the strangest thing about it is it’s set to star Generation X “it girl” Winona Ryder.

A true conspiracy theorist might well wonder if the Military-Industrial-Entertainment Complex is churning out truly outlandish conspiracies just to make a buck off the public’s renewed interest or to make people more skeptical of the real conspiracies.
Posted by Franklin at 12:00 AM