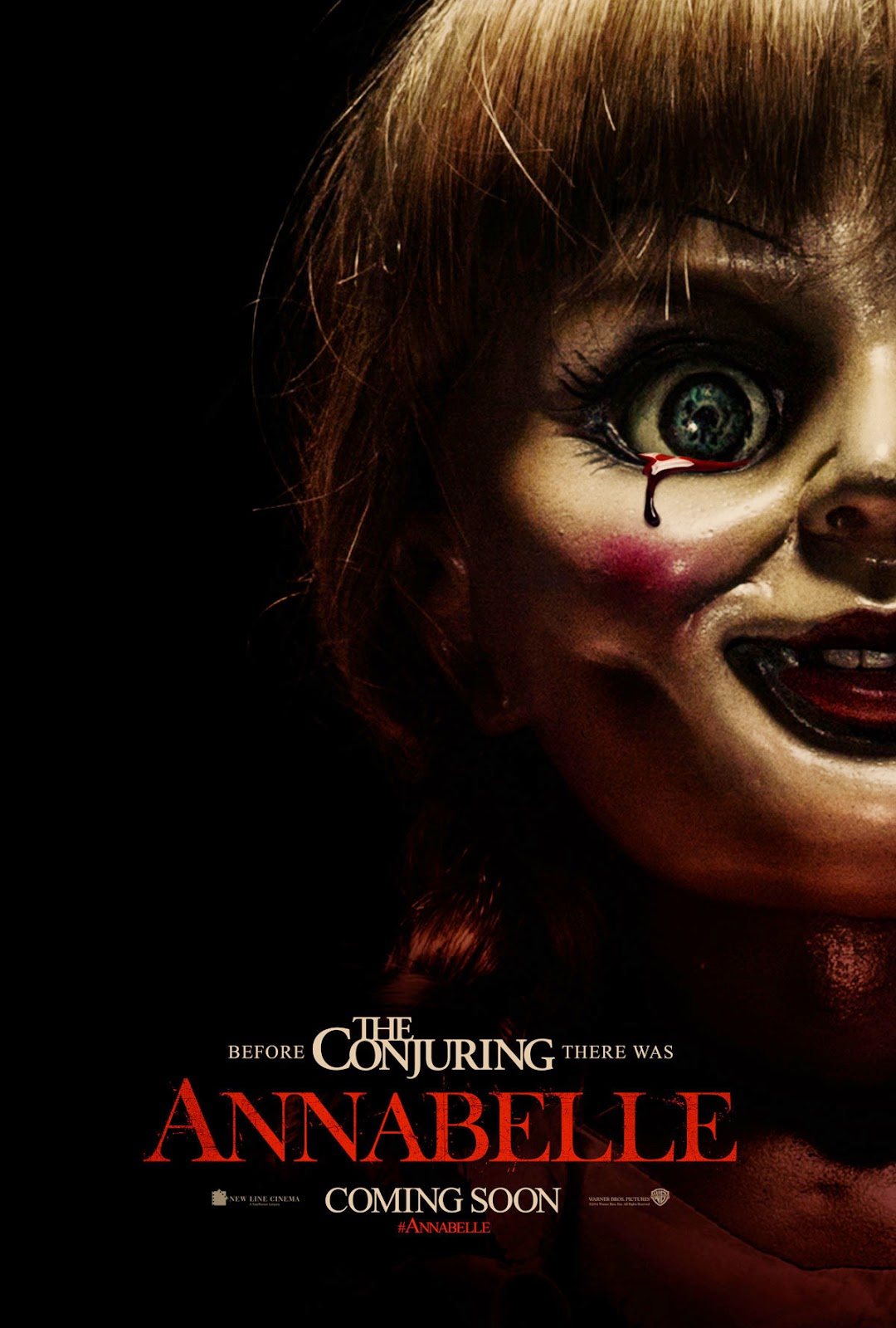 Creepy-looking dolls, in the right light and given the right atmosphere, can be frightening in small doses. Think Talky Tina from that episode of "The Twilight Zone" or the clown doll from "Poltergeist."

When it comes to maintaining the chills for an entire feature, however, there's 1978's "Magic" starring Anthony Hopkins — and then there's not much else.

So, "Annabelle" arrives on Blu-ray and DVD with two strikes already against it. First, it's a movie about a creepy-looking doll, and second it's a prequel, detailing events that occur before James Wan's superior 2013 movie "The Conjuring," which at least wrings a few scares out of its hackneyed premise.

Director John R. Leonetti ("The Butterfly Effect 2") unfortunately can't wring much from Gary Dauberman's "Annabelle" script, which follows virtually every scary-doll cliché until it pivots, finally, to its cop-out ending. Doll rocking in a rocking chair when no one is looking? Check. Doll tossed in the garbage only to reappear with no logical explanation? You betcha.

Still, as with most genre movies, which we approach expecting — if not demanding — they adhere to some sort of formula, all this would be forgivable if only "Annabelle" gave us something else to cling to. Good direction or cinematography, engaging performances or a sense of humor can go a long way toward redeeming the formulaic.

Dauberman's screenplay flirts with some ideas, interesting and otherwise, only to abandon them. Set shortly after the Manson Family murders of 1969, "Annabelle" looks at first as if it might be a throwback to horror films of the early 1970s, where, in the shadow of teen rebellion and Roe v. Wade, horror often took the form of demonic children and pregnancy became a kind of body horror. Roman Polanski's "Rosemary's Baby" gave birth to Larry Cohen's "It's Alive," and so on.

Mia (Annabelle Wallis) and John (Ward Horton) are expecting their first child when their neighbors' teenage daughter Annabelle, who had run off to join a Manson-like cult, returns home and murders her parents. She then wanders into Mia and John's house, where she discovers Mia's doll collection, taking a liking to one doll in particular before killing herself.

Naturally, the doll, which was spooky enough to begin with, is now possessed.

Thus starts the familiar litany: strange noises, bumps in the night, inanimate objects that take on a life of their own. This being a 1969-70 period piece, Mia soon finds herself under assault from appliances that seem chosen just for their retro stylishness: a sewing machine, a record turntable, an out-of-control stove top that ignites a pan of Jiffy Pop.

Just when we think we know what kind of movie we're in for, "Annabelle" switches gears. We go from pregnant woman under assault to mother defending her baby. Dauberman's script burns quickly through the clichés of not just one but two horror subgenres. One might think that would at least keep "Annabelle" from being boring, but it does the opposite. We're assaulted by horror tropes more often than Mia is assaulted by items listed in the Sears catalog. It becomes numbing.

Even more, we're assaulted by Leonetti's roving camera, which swirls so violently Leonetti seems to be overcompensating for his lack of anything interesting to show us.

Give "Annabelle" credit in one department, though. Everyone believes Mia's outlandish story about her doll being possessed, which spares us the additional tedium of watching Mia shout at everyone about how she's not crazy. Her husband believes her, the friendly parish priest (Tony Amendola) believes her, and the woman who owns the book shop with the useful occult section believes her (Alfre Woodard).

With its colorless performances and unimaginative story, everything about "Annabelle" feels inauthentic. It's a cynical bid to milk more cash from the audience that made "The Conjuring" a hit.

That's the studio's prerogative. But if "The Conjuring" is your thing, you're better off waiting for a proper sequel to come along. It's scheduled for release next year.
Posted by Franklin at 12:00 AM