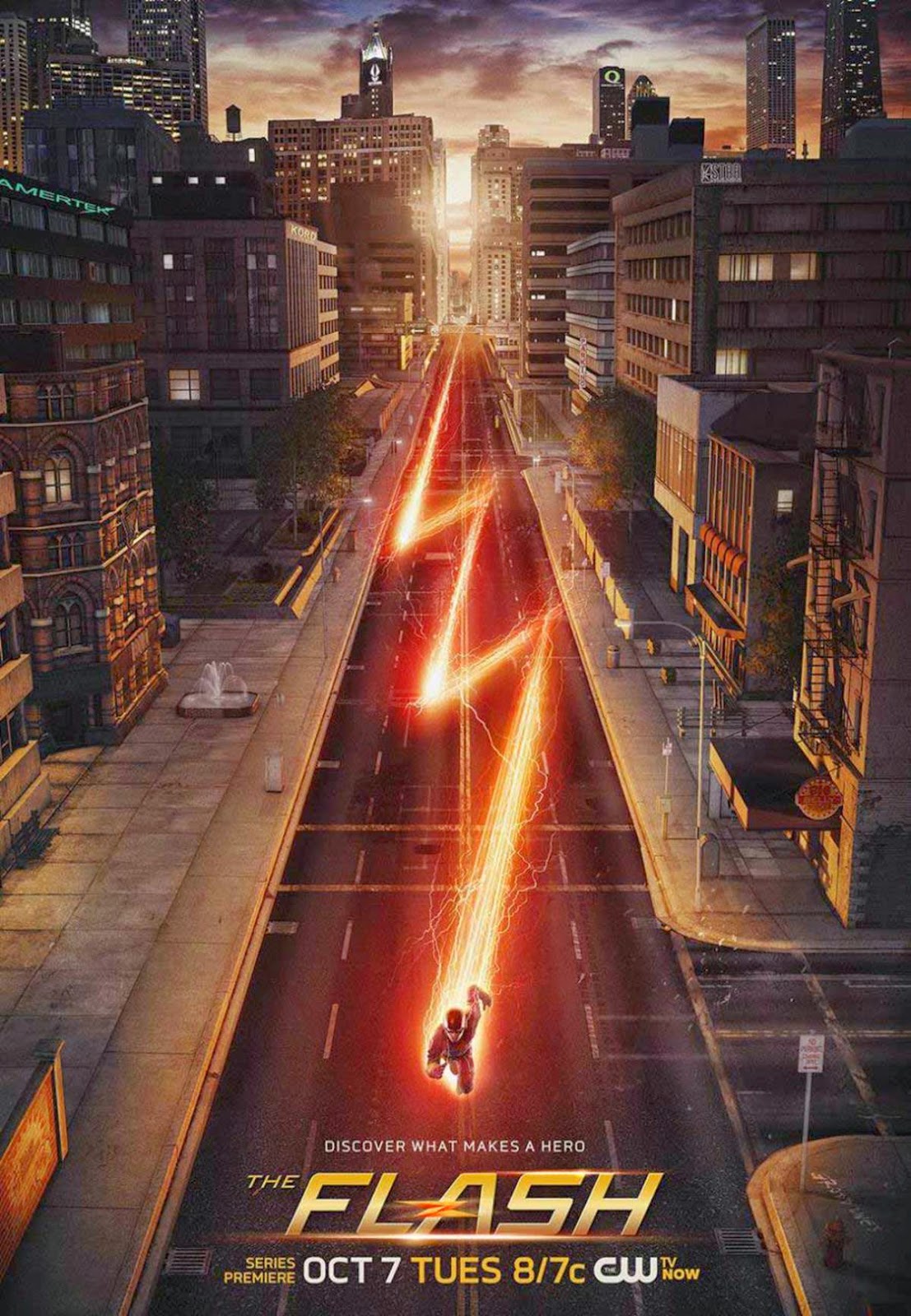 This is the fall TV season when the superheroes took over.

Superheroes already rule the box office, but now they're making a play for your television. Four of the five broadcast networks already air at least one series based on a comic book. The fifth, CBS, has one in development based on Superman's cousin, Supergirl.

Fox's Batman prequel "Gotham" and NBC's "Constantine" join The CW's "Arrow" and ABC's "Marvel's Agents of SHIELD" on the increasingly crowded airwaves, with ABC's "Agent Carter" and The CW's "iZombie" yet to come.

But the breakaway star of this year's pack is The CW's "The Flash." The series based on DC Comics' "fastest man alive" hit the ground running and quickly earned a full-season pickup after scoring the also-ran network's best ratings ever. (Sorry, folks, but there will be more "running" jokes.)

The most surprising thing about "The Flash," though, is how good it is. Coming up on its mid-season break, "The Flash" easily outdistances most of its competition, with the exception of "Agents of SHIELD," which, now in its second season, has upped its game to the point of becoming one of the best things on TV, regardless of genre.

What sets "The Flash" apart, not only from other DC Comics-inspired TV shows but also from DC's movies, is it's actually fun. It feels a lot more like a Marvel/Disney production than it does a typical, ponderous DC/Warner Bros. production.

A lot of that comes down to star Grant Gustin. His dorky-but-likable Barry Allen is closer to Spider-Man's alter ego Peter Parker than he is to the square-jawed stiff Barry Allen who first appeared in "Showcase" No. 4 back in 1956.

Unlike "Gotham," which has struggled to settle on a tone, or "Arrow," which after three seasons still can't bring itself to call its main character Green Arrow, "The Flash" never takes itself too seriously and eagerly embraces its comic book origins.

Sure there's a lot of science jargon and hand-waving exposition, but "The Flash" doesn't back away from being about a guy who became super-fast after he was struck by lightning and doused with chemicals during a particle accelerator malfunction. I mean, how else is a guy supposed to get super powers? Space aliens don't hand magic rings to just anyone, you know.

You get the feeling watching "The Flash" that this is a show that just might have the Flash face off against a talking, super-intelligent, telepathic gorilla. Then the show rewards you by teasing just that.

Am I the only one who nearly fell out of his chair when the show gave us a glimpse of a caged gorilla named Grodd just a few episodes back?

Like Marvel's movies, "The Flash," itself a spin-off of "Arrow," is seeding a larger superhero universe. Casual viewers won't get all the references, but for longtime readers of DC Comics, every episode of "The Flash" brings a new Easter egg.

The show has so far slipped in the alter ego (one of them, anyway) of the superhero Firestorm, and it built an entire story around two Captain Atom antagonists, Plastique and Gen. Wade Eiling. The same story even name-dropped one of Captain Atom's civilian identities, Cameron Scott.

All these nods to other superheroes, as well as to decades of comic book stories, come across a lot more naturally than they do in "Gotham," with its winking references to future Batman villains. (OK, we get it already. Edward Nygma is going to become the Riddler one day. Did you really have to give him a coffee mug with a question mark on it?)

Yet one thing all these superhero shows have in common is standout supporting players. "The Flash" has two of the best: ex-"Law & Order" star Jesse L. Martin as Barry's childhood guardian and Tom Cavanagh as the mysterious Dr. Wells.

If it can keep up the pace, "The Flash" looks to be in for a long and entertaining run.
Posted by Franklin at 12:00 AM