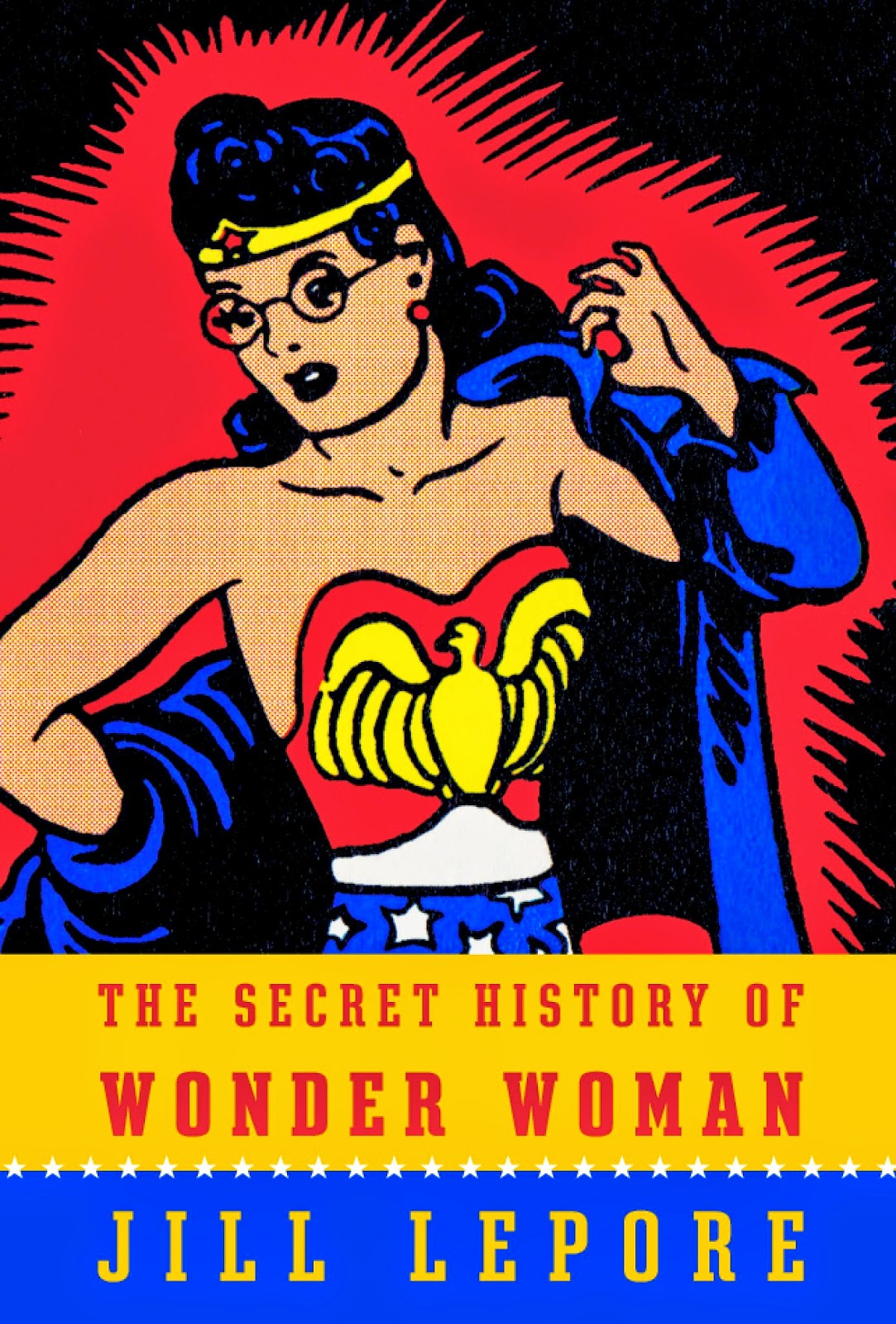 The past year has seen a surprising surge in Wonder Woman scholarship, with about a half dozen books, at least, delving into one or another aspect of the character's rich history. And with Wonder Woman's 75th anniversary still two years away, more are in the offing.

The highest profile entry so far is Jill Lepore's "The Secret History of Wonder Woman" (Knopf, $29.95). Lepore, a Harvard history professor and New Yorker staff writer, offers what is the most detailed and compelling look to date at Wonder Woman's fascinating and controversial creator, William Moulton Marston, and the women who shaped his life, from his childhood until his death in 1947.

The basics are already common knowledge to anyone with an interest in Wonder Woman and access to Google. Marston, who wrote his Wonder Woman stories under the name Charles Moulton, was a Harvard-educated psychologist and author credited with helping develop the lie detector. In 1941, he turned to comic books as a way of reaching young readers, especially girls, with his vision of a strong, independent woman. And so Wonder Woman was born, appearing first in "All-Star Comics" No. 8 and immediately graduating to the main feature in "Sensation Comics" No.1.

Marston was also a practicing polyamorist with an interest in bondage and discipline. He lived with both his wife, Elizabeth Holloway Marston, and assistant, Olive Byrne. He had children by both, and both were instrumental in Wonder Woman's origin. His Wonder Woman stories are filled with episodes of bondage and spankings. Wonder Woman courted controversy from the outset, but especially after Marston's death, when her adventures became Exhibit A in Fredric Wertham's brief against comics.

Lepore takes us beyond the Wikipedia summary of Marston by delving into his private letters and journals, which previously had been seen only by members of his family. The Marston that emerges is more con man than scholar, a shameless self-promoter never above exaggerating his accomplishments in a usually futile effort to get ahead. His lie detector experiments were more pseudoscience than science, and until he created Wonder Woman, his career trajectory was one of downward mobility. Each university post was less prestigious and secure than the last.

His inability to advance in academia is what led him to popular entertainment as an outlet for his radical ideas, first in the movies and later in comics, aided by the opening provided by Byrne's brother, Jack Byrne, an editor for the pulp magazine publisher Fiction House, which published comics starring one of the most popular pre-Wonder Woman heroines, Sheena, Queen of the Jungle.

For all his failings as a scientist, Marston was a successful and manipulative showman, with a remarkable capacity to lure the media to his dog and pony demonstrations. He brought hucksterism to comics long before Stan Lee created his carnival barker persona to promote Marvel Comics.

The deceit that permeated Marston's professional life extended to his family life. The polyamorous relationship at the heart of the family would have scandalized Depression era society, and it appears to have included a fourth member, Marjorie Huntley, whom the Marstons met before they met Byrne.  Secrecy was inevitable, but even the children, at Byrne's insistence, were kept in the dark.

Lepore also places Wonder Woman within the context of competing strains of feminism, finding in her the influence of both 19th century female supremacists and birth control activist Margaret Sanger, who founded what would become Planned Parenthood. Sanger was also Byrne's aunt.

Yet the Amazon heroine herself appears in Lepore's narrative mostly to show how Marston's ideas and home life informed his stories. Lepore's account falls short when she gets to the comics industry. She downplays other female comic characters, such as Sheena, and misses obvious connections. For instance, during a brief stint advising Universal Studios, Marston consulted on "The Man Who Laughs." That film's title character would directly inspire the Joker, but Lepore passes over the opportunity to even mention Marston's connection, however minor, to Batman's arch foe.

That aside, Lepore gives both fans and scholars a lot to digest. This is the start of a reexamination of Wonder Woman and her creator, not the last word.
Posted by Franklin at 12:00 AM