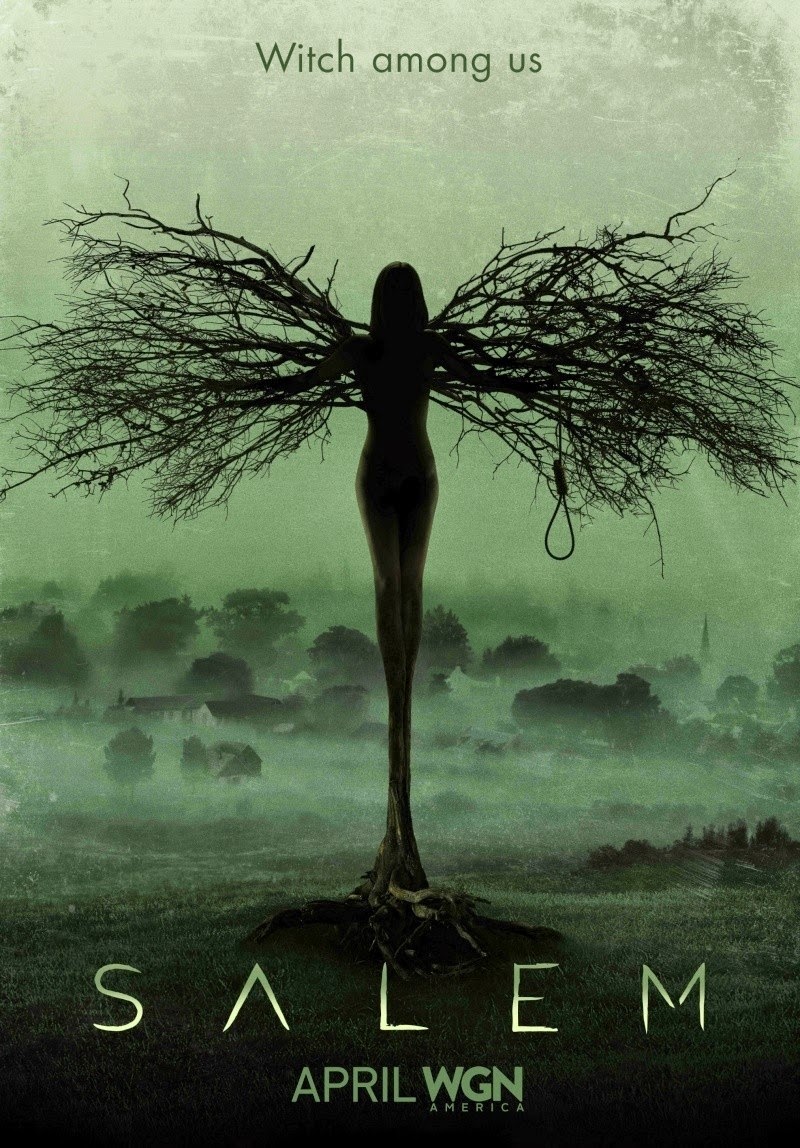 George Sibley knows a secret. There are witches in Salem, and his wife Mary is one of them.

But George will never tell. You see, he has a frog in his throat — literally. Mary put it there so she can control him, because she's a witch and that's apparently something witches do. And since Sibley is the most powerful man in Salem, that makes Mary the real power in Salem.

If WGN America's first scripted series weren't trying so hard to convince us it's a serious drama, one would swear at times it's a comedy. To say the least, it's a strange retelling of the witch trials. It even has you almost rooting for the infamous Puritan minister and pamphleteer Cotton Mather, author of the best-selling anti-dancing manifesto "A Cloud of Witness Against Balls and Dances."

The Salem witch trials of 1692 and 1693, during which 20 people were executed, have never been portrayed quite like this. In this telling, the witches are real, meaning they have supernatural abilities straight out of the Brothers Grimm. They're also the force behind Salem's witch-hunting hysteria, throwing suspicion on unsuspecting citizens so as to divert attention from their own schemes. The Puritans are just pawns, unwittingly bringing about their own destruction.

The big brain behind "Salem" is Brannon Braga, who does here to American history what he did to the laws of physics back when he was writing "Star Trek." Among other transgressions, Braga wrote the episode of "Star Trek: Voyager" in which Capt. Janeway and Lt. Paris travel faster than warp 10, turn into salamanders and have salamander babies together.

"Salem" isn't the first time Braga has gotten all weird with amphibians.

The story starts with John Alden (Shane West, "Nikita") going off to fight in King William's War. John is the son of one of Salem's founders, but he's so fed up with the Puritans he'd just as soon go off to fight the French. That also means leaving behind the woman he loves, the not-yet Mary Sibley (Janet Montgomery), who is secretly pregnant with his child.

So John goes off, gets captured by the Indians, spends years missing and presumed dead, and returns only to learn Mary is married to wealthy invalid George Sibley (Michael Mulheren).

Oh, and while he was away, Mary underwent a ritual that rid her of her unborn child in exchange for membership in Salem's witch coven, which sounds like Pat Robertson's worst nightmare.

Mary wants revenge on Salem's Puritan ruling class, whom she blames for taking away everything she ever loved. By the time John comes strolling back into the village, alive and bitter, her plans are too far along to abandon.

The coven's plan is to tear Salem apart by fomenting hysteria and framing innocent people for witchcraft. And their No. 1 pawn is Mather, played by Seth Gabel ("Fringe").

This is not a portrayal the historical Cotton Mather would recognize. While Gabel's Mather shares the original's religious fervor and daddy issues, he retreats from his burdens by drinking heavily and having relations with women of the night.

Both activities were big no-nos in Puritan circles — although drinking and legal bordellos were common in the other colonies. The real Mather would be aghast.

For that matter, he'd find everything about "Salem" objectionable. This is a sexed-up Salem that pushes the boundaries of basic cable. Expect regular helpings of bare backsides and sideboobs, to go along with the gruesome executions and brandings.

Gabel's Mather, with all his doubts, is more compelling and sympathetic than either West's bland Alden or Montgomery's Mary. Mary's willingness to sacrifice the innocent in her quest for power loses her our sympathy almost from the start. At least when Mather executes someone it's because he's been duped and manipulated. Mary knows exactly what she's doing.

"Salem" plays like an alternate history of America's founding. If the witches turn out to be the Illuminati, secretly manipulating America since it's founding days, I won't be the least surprised.

"Salem" airs Sunday nights at 9 CT on WGN America. New episodes appear Mondays on Hulu Plus.
Posted by Franklin at 12:00 AM