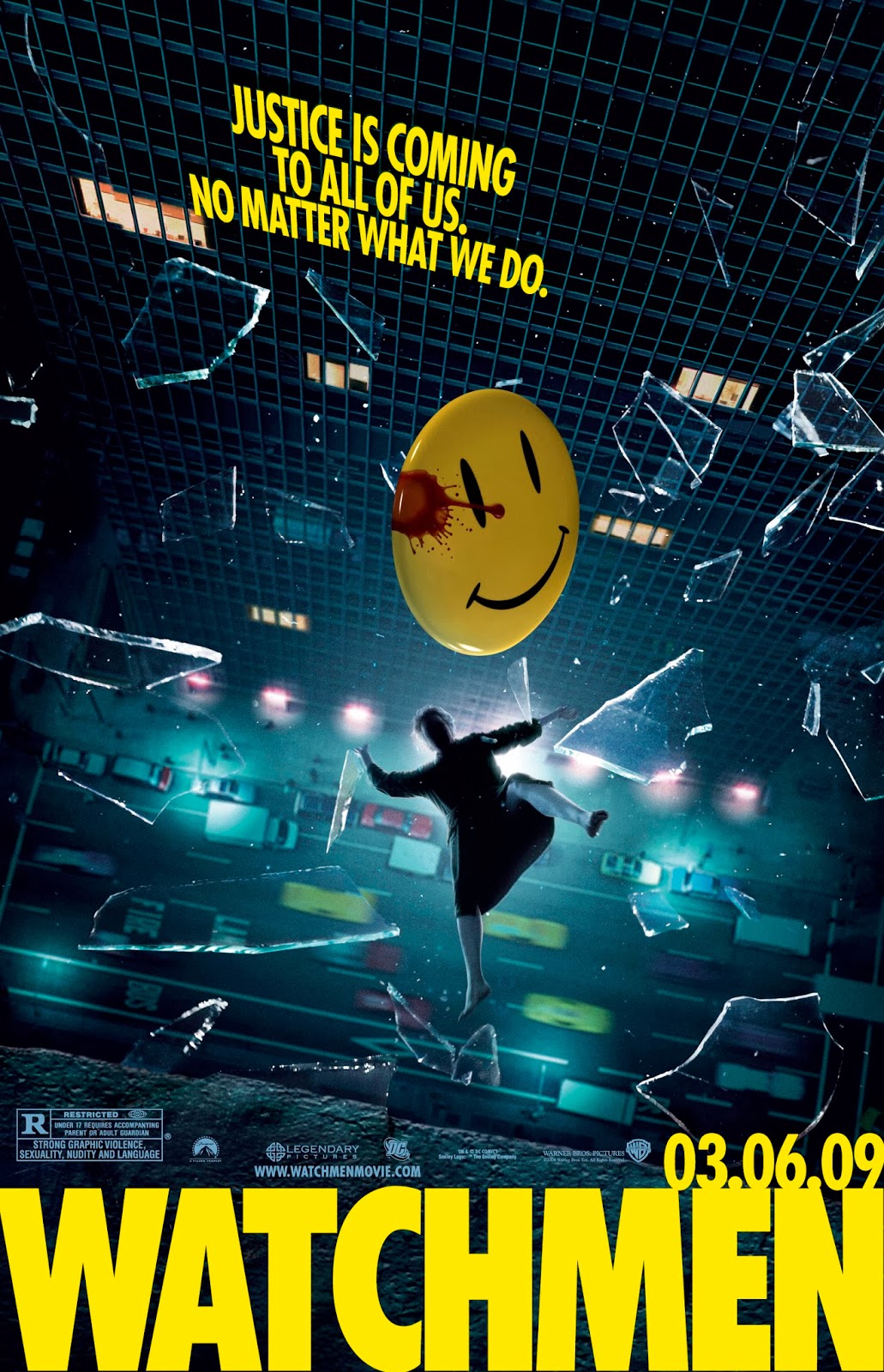 Zack Snyder's ambitious adaptation of Alan Moore and Dave Gibbons' landmark graphic novel is now an afterthought. It's lost in the hype that separates Snyder's most recent blockbuster, "Man of Steel," from its pending sequel, unofficially known as "Batman vs. Superman," now delayed until May 2016.

As a filmmaker, Snyder is a perfectly good video game developer. Theaters showing his films could charge an extra $10 if they provided joysticks.

"Man of Steel" contains some good ideas but is structurally and thematically a mess, the story serving merely as a way to get from one overwrought action scene to the next. His adaptation of Frank Miller's graphic novel "300" turned Miller's already tedious ode to the manly virtues of war and nationalism into a slow-motion blitzkrieg of blood and boasting. "This is Sparta!" No, this is boring.

For the "300" sequel, "300: Rise of an Empire," opening March 7, Snyder turns over the director's chair to Noam Murro. Snyder nevertheless has a hand in the screenplay, and audiences will likely not notice any difference.

Yet in the midst of this, Snyder made what remains his best film, the now largely overlooked and underrated superhero epic "Watchmen."

That's not exactly praise. "Watchmen" works while Snyder's other films don't because there is so little of Snyder in the finished result. Snyder's slavish devotion to the source material and overly literal approach to his adaptation turn Moore and Gibbons into the movie's de facto directors.

Despite the cinematic qualities of Gibbon's art and layouts, "Watchmen" is unfilmable in any strict sense, but its central murder mystery and the grandiose plot behind it are straightforward enough. So, Snyder doesn't so much adapt them as simply transfer them to the screen, using the graphic novel as his storyboard. He is almost the 21st century equivalent of a medieval scribe, painstakingly copying an earlier manuscript to the best of his ability, mistakes and all, because the writing itself is considered sacred.

"Almost," however, is the key. For better and for worse, some of Snyder's own sensibilities still manage to slip through, no matter how worshipful he tries to be.

"Watchmen" is already a graphic, graphic novel, but its violence is never gratuitous. That isn't enough, however, for the blood-soaked director of "300." During Rorschach's prison escape, Snyder ramps up the blood, broken bones and dismemberments. There's no real purpose to it; he does it because he can.

Other times, Snyder seems to succeed despite himself. He sets the love scene between Nite Owl (Patrick Wilson) and Silk Spectre (Malin Akerman) to Leonard Cohen's "Hallelujah," and not the late Jeff Buckley's desperately sincere cover, which has become nearly ubiquitous in TV dramas, but Cohen's syrupy original. The lyrics, including a verse about the depowering of Samson at the scissor-wielding hands of Delilah, are in contrast to the onscreen action, which sees Nite Owl overcoming his impotence after resuming his costumed identity. Taken in context, Snyder seems to be going for sincerity, but Cohen's lounge act turns the whole thing into parody, which is closer to what Moore had in mind in the first place.

But his biggest misstep is when he alters Ozymandias' master plan. Moore meant it to be silly, borrowing the scheme from an episode of "The Outer Limits." When Moore has Ozymandias (Matthew Goode) say, "I'm not a Republic serial villain," it's ironic because that's exactly what Ozymandias is. Snyder, ever literal, doesn't get the joke.

Fortunately, Snyder's deviations from the graphic novel are few. Despite Snyder's name in the credits, "Watchmen" isn't really his movie. That's why it's the best Zack Snyder film, and the one most demanding repeat viewings. That is the joke.
Posted by Franklin at 12:00 AM