Culture Shock 01.02.14: Bringing icons to the screen is a harder job 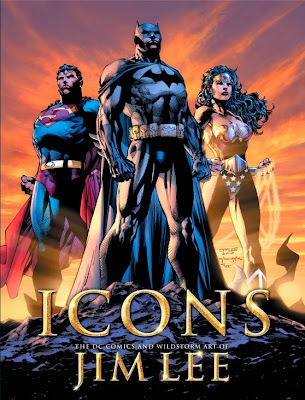 With a new year comes another slate of superhero movies, but it is decidedly one-sided.

Marvel and Disney will continue expanding the Marvel Cinematic Universe with "Captain America: The Winter Soldier" and "Guardians of the Galaxy." As for Marvel Comics characters at other studios, Sony has "The Amazing Spider-Man 2" and Fox has "X-Men: Days of Future Past" lined up.

Production will start on Warner Bros. and DC's "Batman vs. Superman," or whatever they're calling it. The hype machine will rev up. But that's for 2015. By then Marvel will be back with "The Avengers: Age of Ultron."

So, why does Marvel have such an easy time bringing its characters to the movie screen while DC and its parent, Warner Bros., can't get beyond re-rebooting Superman and Batman? There are lots of reasons, but perhaps the most important one is also the most overlooked: the characters themselves.

Marvel Comics has always been pure melodrama, as much about Peter Parker paying the rent as Spider-Man punching out Doc Ock. Marvel superheroes are soap opera characters who happen to wear costumes and beat up bad guys. They translate easily into modern movies.

DC's major heroes — and villains, too, for that matter — aren't soap characters. They're icons. And they come in two flavors. Either they're paragons of virtue like Superman, Green Lantern and the Flash, or they're walking fetishes, like Batman and Catwoman.

And then there is Wonder Woman, who looks like a paragon of virtue but is actually the most fetishistic superhero of them all. Don't believe me? Check out a reprint of any 1940s "Wonder Woman" comic book and you'll see what I mean: lots of bondage and spankings. Wonder Woman had needs, and the story possibilities for a character armed with a magic lasso that could compel anyone bound with it to tell the truth were obvious.

The same icon status that makes DC's heroes instantly recognizable the world over makes them trickier to adapt for the movies. The way studio executives see it, audiences can't relate to icons. Audiences instead want real, human superheroes to whom they can relate on some level.

There is some truth to that. Otherwise, Iron Man wouldn't have catapulted from the obscurity of Marvel's second tier to become the No. 1 superhero at the box office.

Apart from Spider-Man, Marvel heroes also have a more down-to-earth look. They dress for the job more than they dress to conform to the stereotypical look of spandex-clad superheroes. Iron Man has his armor. The Black Widow has her Emma Peel catsuit. The Hulk has his pants.

DC characters, no matter how much you tinker with them, always look like they're on their way to a fetish club. That is just as true for Christopher Nolan's "realistic" take on Batman and Catwoman as it is for Joel Schumacher's Batman and Robin, who infamously sported nipples on their costumes.

Superman has another problem, too. He's so perfect he's boring, unless handled by a skilled writer. Rather than find skilled writers, Hollywood has lately decided to make Superman less perfect, to the character's detriment. "Superman Returns" makes him an absentee father. "Man of Steel" takes away his moral center by having him raised by a Pa Kent who is uncomfortably like Dexter Morgan's dad.

As for Wonder Woman, Warner and DC don't even want to go there. A character who once had her own prime-time network TV show is now too radioactive to touch. So instead of getting her own film, she'll make her big-screen debut in "Batman vs. Superman" so as to minimize the risk.

But there is an easier way than trying to replicate Marvel's melodrama. Warner Bros. could embrace the iconic status of DC's heroes instead of running away from it. That's what people have always responded to in DC's heroes: their larger-than-life surrealism.

That doesn't mean Wonder Woman has to go back to her 1940s spanking fetish. But two hours of her tying up bad guys would probably sell a few tickets.
Posted by Franklin at 12:00 AM