Only in the past decade has Italy's "maestro of the macabre" begun to get the recognition he is due. 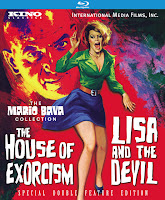 Throughout the 1960s and into the mid-'70s, Mario Bava's atmospheric films — mostly in the horror genre — played in drive-ins and other disreputable venues. Sometimes they were part of double or ever triple features of terror, dismissed by their distributors as disposable schlock.

That's the fate of a working director, which Bava was, grinding out movies on minuscule budgets. He was as much a craftsman as an artist. Bava often was his own cinematographer, and he always handled the bulk of his films' special effects. But he brought artistry to his craft, and that dedication has won him admirers as diverse as Tim Burton, Quentin Tarantino and Martin Scorsese.
As Bava's movies began to appear on DVD in their original, uncut versions in the 2000s — two decades after his death in 1980 at age 65 — he began to attract a new audience and renewed appreciation. Most of his best films have been released in two DVD box sets, The Mario Bava Collection Vols. 1 and 2. Now Kino Lorber, which released a brilliantly restored version of Fritz Lang's silent masterpiece "Metropolis," is turning its attention to Bava, bringing three of his newly remastered films to Blu-ray for the first time.

Kino's releases include Bava's breakthrough film "Black Sunday" (1960) starring Barbara Steele; his most troubled, yet most personal film, "Lisa and the Devil" (1973) with Telly Savalas, Elke Sommer and Italian screen legend Alida Valli; and his 1970 thriller "Hatchet for the Honeymoon." Kino has released "Black Sunday" and "Lisa and the Devil" under its Kino Classics label, while opting to release "Hatchet" under its Redemption horror label. That's understandable because while all are worthwhile, only the first two are true classics. 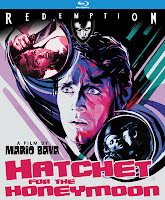 "Black Sunday" is Bava's best known and most influential work, the one you're most likely to see on late-night television, especially at this time of year. It's also the film that made a horror icon out of Steele, whose large, hypnotic eyes convey malice as easily as they elicit sympathy, which led to her more than once playing good and evil twins, including here.

On the disc's audio commentary, Bava expert Tim Lucas of Video Watchdog magazine draws our attention to an exterior shot that highlights Bava's attention to detail. The shot lasts a just a few seconds, but it is almost absurdly complex, involving a partial model, matte paintings, forced perspective and in-camera lighting tricks, all engineered by Bava himself.

But for me, Bava's masterpiece is "Lisa and the Devil," which I rate as one of the best films ever produced. Yet this is a film that couldn't even find a distributor when it was made. Bava's producer, Alfredo Leone, commissioned new scenes and released "Lisa" a year later as "The House of Exorcism," successfully cashing in on "The Exorcist" mania, but sacrificing Bava's most heartfelt work in the process. (Kino's Blu-ray includes both versions, so you can judge for yourself.) 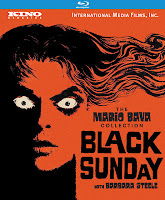 By turns creepy and whimsical, "Lisa and the Devil" is part murder mystery and part ghost story, with a dreamlike plot involving characters who may be dead or may be department store dummies or may be figment's of Lisa's imagination. The story, like the village in which Lisa (Sommer) gets lost, is like an M.C. Escher painting, folding in on itself.

And at the center of the proceedings is Savalas, clearly having a ball as the butler Leandro, bemoaning his menial fate while bearing a not-at-all-coincidental resemblance to a fresco of the devil in the village square.

This is how Bava's greatest films were meant to be seen, in high-definition glory and looking better than when they were first shown. Sit back, and let the maestro conduct.
Posted by Franklin at 1:49 AM