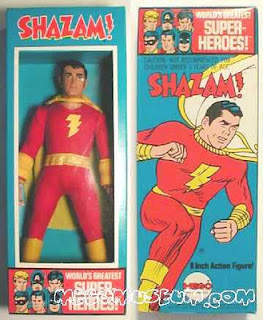 The superhero some mistakenly called Shazam is getting a new name.

But how did we get to the point where a character who was once the world's most popular superhero can't go by his original name? It starts at the beginning.

Captain Marvel first appeared in 1940 in the pages of Whiz Comics No. 2. For most of the decade, Captain Marvel's comic-book adventures were so popular they outsold Superman's and inspired a 12-part Republic movie serial, "The Adventures of Captain Marvel."

This annoyed Superman's publishers at what would eventually become DC Comics. So, they sued Captain Marvel's publisher, Fawcett, for copyright infringement, claiming Captain Marvel was too similar to Superman. Fawcett dragged out the suit until the 1950s, when comic-book sales declined and Fawcett left the business.

Afterward, Captain Marvel's main writer, Otto Binder, moved to DC to write Superman, and when he did, Superman's stories became almost as bizarre and surreal — and entertaining — as Captain Marvel's had been.

So, who was copying whom?

In the 1970s, DC took the next step by licensing Captain Marvel outright and publishing new Captain Marvel stories. But by this time, Marvel Comics has come along and created its own Captain Marvel, the trademark to the original having expired while no one was paying attention.

Over the years, Marvel Comics had published several characters named Captain Marvel. Most of them are currently dead. But a new one always shows up or a dead one becomes temporarily undead just long enough to ensure Marvel Comics keeps the Captain Marvel trademark.

It's never-ending payback for DC's having filed that stupid lawsuit way back when.

A '70s Saturday-morning TV show featuring Cap was called "Shazam!" too, and eventually people began to think the character's name was Shazam because that's what the title said.

It's like how some people think the name of the creature in Mary Shelley's "Frankenstein" is Frankenstein, even through the book's title clearly refers to the creature's creator. We call these people "illiterates."

Also, for the record: Steely Dan is a band, not one guy.

So, DC Comics is finally giving in to the popular misconception. Now DC's Captain Marvel is Shazam. But I'm not sure this is an improvement. Apart from surrendering to people who can't bother to remember the character's real name — which is rather like letting the terrorists win — Shazam is problematic, too.

Anyone who grew up in the 1960s probably thinks of "Shazam!" as Gomer Pyle's catchphrase. (He was referring to Cap's magic word, but how many people know that?) And kids nowadays think of Shazam as a smartphone app that identifies music.

Shakespeare said a rose by any other name would smell as sweet. But is the same true for a Big Red Cheese?
Posted by Franklin at 12:32 AM