Superheroes leap from page to small and big screens 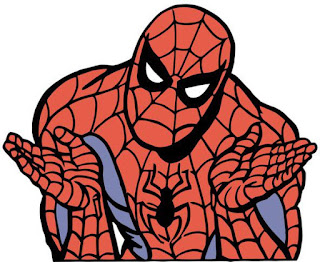 The hit series “Heroes” concluded its first season this week. And with a second season and a spin-off miniseries already on NBC’s fall schedule, it’s clear superheroes have gone mainstream.

Certainly, at least, superheroes are no longer confined to comic books, which is good news for them.

These days, mostly only 25- to 35-year-old males of the sort satirized on “The Simpsons” read comics. And Comic Book Guys are a dwindling demographic; although you might be fooled into thinking otherwise if you spent enough time surfing the Internet. I think every CBG on the planet spent the past two weeks online blasting the latest “Spider-Man” sequel as the “worst ‘Spider-Man’ ever!”

OK, the reviews for “Spider-Man 3” aren’t great. Currently, the positive reviews add up to a barely “fresh” 61 percent at RottenTomatoes.com. But the movie’s record-breaking opening-weekend gross of $151 million shows the demand is there, at least until word of mouth gets out.

Of course, “Spider-Man 3” may simply have been bitten by the “third-movie curse.” That’s the curse that makes filmmakers do silly things like cast Richard Pryor as Superman’s nemesis, put nipples on Batman’s costume and give Halle Berry more lines to misread in “X-Men: The Last Stand.”

With any luck, the second “Fantastic Four” movie, “Rise of the Silver Surfer,” will also follow historical trends and be better than the original. It opens June 15.

Meanwhile, NBC isn’t content with just one superhero franchise. The network is reviving a 1970s favorite, “The Bionic Woman,” co-produced by David Eick, one of the producers of another ’70s revival, “Battlestar Galactica.” If anyone knows how to turn disco-era cheese into quality TV, it’s Eick.

Hollywood has gotten the message. The public loves superheroes, whether they’re the traditional costumed characters like Spider-Man or the newfangled plainclothes heroes of “Heroes.” But not even NBC’s off-the-rack series totally abandons its four-color roots. Comic books play a key role in the story and even influence the fonts used in the show’s credits and captions.

All this has happened, however, as superhero comics have become more insular, catering to a slowly shrinking audience that revels in convoluted stories that require readers to buy half a dozen titles just to keep track of what is going on. Marvel and DC Comics have virtually given up on attracting new readers. They leave that to publishers that import Japanese comics, which are the only real growth sector in comics publishing.

Fortunately, Hollywood hasn’t picked up that habit. If you watch “Heroes,” you don’t have to watch three other shows to follow the plot. Even NBC’s upcoming “Heroes” spin-off is more viewer friendly than that. “Heroes: Origins” will be six self-contained episodes not directly linked to the original series’ story. But viewers will vote on which of the spin-off’s characters they want to join the cast of “Heroes” when it enters its third season.

Yes, that means a third season of “Heroes” is already all but guaranteed.

They’ve left their comic-book roots behind, but superheroes are making themselves comfortable in prime time. Like horror and sci-fi and all of the other genres that once flourished in comics, superheroes are moving on. It just took them a little longer.
Posted by Franklin at 12:00 AM