Still feeling the Force after all these years 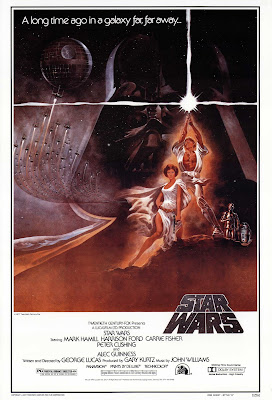 Thirty years ago next week, one movie changed everything.

In 1977, we knew it as “Star Wars.” That was before two sequels and three prequels made it necessary to identify it by its full title, “Star Wars: Episode IV — A New Hope.”

In theaters across America, audiences sat spellbound. And somewhere between the words “A long time ago in a galaxy far, far away...” and the final scene, in which our triumphant heroes turn to face a cheering audience both on and off the screen, George Lucas shaped an entire generation.

Life without “Star Wars”? You might as well try imaging a world where the Roman Empire never fell or the American Revolution never took place.

Along with “Jaws” two years earlier, “Star Wars” gave birth to the summer blockbuster. The companies Lucas founded to bring his vision to the screen went on to work on other films ranging from “Jurassic Park” to the Harry Potter series. Without “Star Wars” to lead the way, no studio would ever have backed the “Lord of the Rings” trilogy.

While some people blame “Star Wars” for ushering in an era of filmmaking in which story and character development take a back seat to special effects, it’s more likely that all of those effects-heavy, crowd-pleasing movies saved the moviegoing experience from extinction. Most people don’t mind watching modestly budgeted dramas and comedies at home. But they want to see big-budget action and fantasy movies on the big screen. It’s the blockbusters that keep the theaters open.

But how “Star Wars” changed the movie business is nothing compared to how it changed people.

I remember sitting in awe, watching the film’s opening shot of an Imperial Star Destroyer filling the screen, the weight of it seemingly coming down on the old Gateway Twin “rocking chair” theater. That was the first of the five times I saw “Star Wars” that year. From there, it was on to planets filled with bizarre aliens, brave heroes and, of course, menacing villains like Darth Vader, who was the coolest bad guy ever — at least until I learned he was a whiny little punk with a bad haircut.

Yes, the prequels were disappointing, to say the least. But those of us who were there at the beginning remember a simpler, happier time. There was, as yet, no Jar Jar Binks, and Han Solo still shot first. And because we remember, we can forgive a lot.

For children fresh out of kindergarten, “Star Wars” was a jumping off point for the imagination. With our action figures and toy lightsabers, we could make up our own adventures and visit our own strange, new worlds. If Lucas could show us a desert planet with two suns, we could go to a water planet where it always rained. (Like Lucas, we only imagined planets with one climate.)

Sure, creating your own “Star Wars” stories was more a game for boys than for girls, but you could usually find one girl willing to play Princess Leia, especially if she got to boss everyone around like in the movies. This was pre-“Return of the Jedi,” and you didn’t have to talk her into wearing a metal bikini.

Some of us never outgrew Lucas’ space opera and its ability to set our imaginations running wild. At starwars.atomfilms.com, fans are marking the anniversary by submitting their own “Star Wars”-themed short films. Some are serious tales set in the “Star Wars” universe. Others are comedies, like “Chad Vader,” which follows Darth Vader’s hapless brother through life as a grocery-store clerk. And there’re doing it all with Lucas’ blessing.

Say what you will about Lucas, he’s always encouraged his fans to play in his sandbox. After all, he is still an independent filmmaker, too, although he’s a very, very, very, very rich one.

Three decades after “Star Wars” premiered, the Force is still with us. That’s not bad for a little movie that almost no one gave a chance.
Posted by Franklin at 12:00 AM