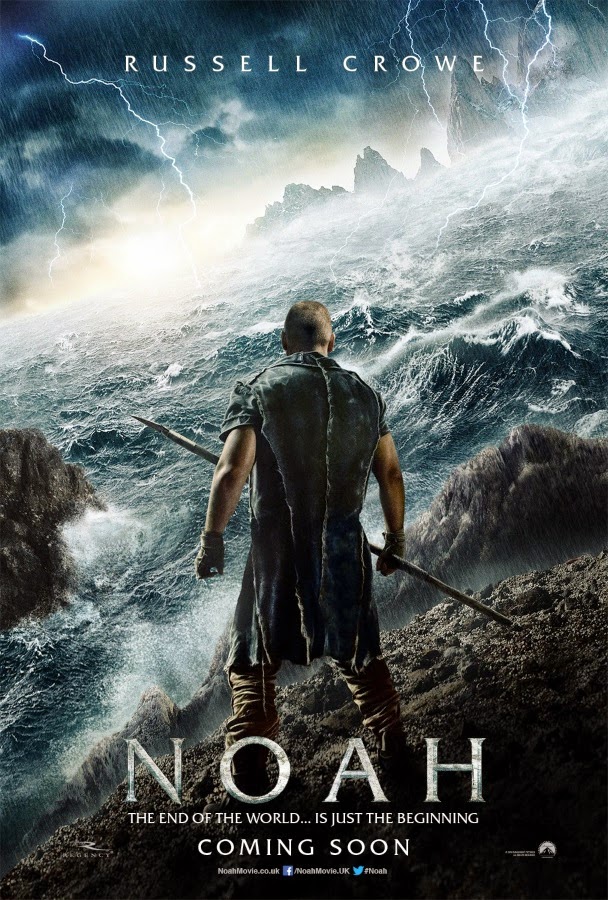 If he'd stuck to the text, Darren Aronofsky might have gotten a 30-minute short subject out of Noah's ark. So, like other filmmakers, from Cecil B. DeMille to Mel Gibson, he embellished.

If nothing else, it's a daring experiment, and after months to mull it over, I'm still undecided as to whether Aronofsky's "Noah" — now on Blu-ray and DVD — is a success or merely an ambitious failure.

Perhaps the fact I'm still thinking about it answers the question.

Aronofsky takes the story of Noah and uses it to hammer away at a subtext that runs throughout the book of Genesis: Cities are bad news.

From the start, cities in the Bible are a source of evil and violence. The first city, we're told, was built by the first murderer, Cain. Cain also is a "tiller of the earth," and we know from archeology that the agricultural revolution of the Late Stone Age made possible the rise of cities, displacing nomadic shepherds such as Cain's victim, Abel.

A few generations later, the lineage of Cain produces his namesake, Tubal-Cain. The first man credited with forging tools of bronze, Tubal-Cain makes possible the first great armies, based in fortified city-states and armed with bronze weapons. With the Bronze Age comes the first arms race.

Later still, Abraham would leave the city-state Ur and become a wilderness nomad, returning to the old ways, yet always running into trouble whenever he comes upon a city, whether in Egypt or the infamous Sodom and Gomorrah.

Adam and Eve's fall may have brought sin into the world, but it's Cain's sin, the first murder, that drives "Noah." We meet the teenage Noah just before he witnesses the murder of his father at the hands of the aforementioned Tubal-Cain. This is one of Aronofsky's embellishments — using figures who appear in the Bible solely for the purpose of genealogy — but it allows him to kick off the story with what amounts to a reenactment of Cain killing Abel. Noah is descended from Cain's other brother, Seth, so the tale retains the brother-against-brother conflict.

Noah (Russell Crowe) is portrayed as a shepherd, like Abel before him. He, his wife (Jennifer Connelly) and their three sons, including rebellious middle son Ham (Logan Lerman), live among the windswept hills, far from the temptations of the city, where a battle-scarred Tubal-Cain (Ray Winstone) rules and all life is cheap.

By "all life" I mean all animal life — people and critters. It's here that Aronofsky is most likely to rub his audience the wrong way. Noah is a devout vegetarian, which kind of makes sense if you think about who you want to captain a boat full of the last breeding pairs on Earth. Tubal-Cain and the other children of Cain, however, obsess over eating meat, which they say keeps them strong and ready for battle. Again, this is Aronofsky compressing all of Genesis into Noah's story: The world before the Fall, the world Noah still represents, was a world without death. But Aronofsky isn't subtle about it.

As for the sin that leads the Creator — the only name "Noah" uses for God — to flood the world and start over, here Aronofsky and the Bible agree, as the only sin Genesis specifically mentions to explain the flood is violence.

"Noah" starts strong, aided by Aronofsky's often quirky choices. Anthony Hopkins hams it up as Methuselah, played as an ancient wizard, and Noah gets help building the ark from rock-encrusted angels who vaguely resemble the golems of medieval Jewish folklore. "Noah" is the Bible as Hollywood fantasy film. But once the rain starts, the movie stops, and we spend what feels like 40 days and nights watching Noah's mental collapse. Savior is too big a job for a mere human.

Noah and Tubal-Cain are both zealots, and Tubal-Cain can twist scripture as well as anyone. As Shakespeare said, "The devil can cite Scripture for his purpose."

Aronofsky is neither devil nor angel. He's just a man who made a movie that will make you think. That is its own justification — and just maybe its own reward.
Posted by Franklin at 12:00 AM