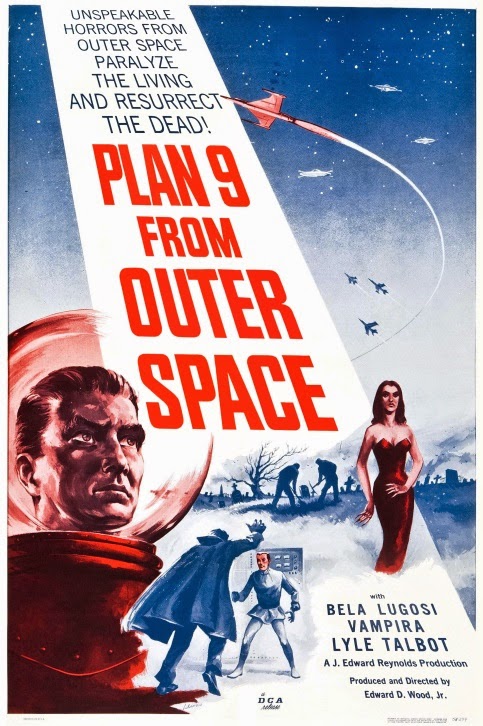 Edward D. Wood Jr.'s reputation again needs rehabilitation. Once enshrined as the worst filmmaker of all time, Wood's place atop the auteurs of awful is in jeopardy.

It's an unexpected turn for the man who wrote and directed standouts of shlock such as "Bride of the Monster" (1955) and the semi-autobiographical "Glen or Glenda" (1953).

"Mystery Science Theater 3000," home video and the Syfy channel have exposed audiences to horrors poor Ed could scarcely have imagined. Compared to the films of Coleman Francis ("Skydivers" and "Red Zone Cuba"), rediscovered obscurities such as "Manos: The Hands of Fate" and "Death Bed: The Bed That Eats," and Syfy originals such as "Mansquito," Wood's films barely stand out anymore. They seem almost ordinary, common, unremarkable.

Wood's tin star has dimmed since Michael and Harry Medved first spit on it in their 1980 book "The Golden Turkey Awards," giving Wood a notoriety in death he never had in life. Even Tim Burton's Oscar-winning 1994 biopic "Ed Wood" seems just a distant and sad memory of when Burton and Johnny Depp still made great movies. It's more about them now than it is Wood.

Perhaps we've been looking at Wood's films the wrong way. Maybe they're more than just bad movies. Can your heart stand the shocking facts, my friends?

For decades "Plan 9" has fooled everyone, critics and fans alike. At first glance, it seems like a movie about extraterrestrials coming to Earth and raising the dead. The aliens' plan (their ninth) is to stop humanity from developing a weapon that could destroy the entire universe. (Wood never does anything halfway.) In other words, "Plan 9" looks like a technically inept, dollar store remake of 1951's "The Day the Earth Stood Still." But despite itself, "Plan 9" is much more than that.

The addition of zombies to the plot is a commercial consideration. It plays to the Cold War fears of the drive-in frequenting youth audience, inculcated since grade school with a dread for the mindless, conformist Red Menace. Yet Wood mines this for an ironic comment on America's Red Scare paranoia. One of his alien visitors, named Eros after the Greek god of love, says, "It's an interesting thing when you consider, the Earth people, who can think, are so frightened by those who cannot: the dead."

Whether intentional or not, Wood both deflates the dead ideology of communism and lampoons a nervous America's dangerous overreaction to it. Only with hindsight and the collapse of the Soviet Union does it become clear.

Wood's eye toward his teen audience also provides the film with its star power. TV horror movie host Vampira, pro wrestler Tor Johnson and the late Bela Lugosi (plus his stand-in) are the closest "Plan 9" comes to stars, yet all portray the resurrected undead. By accident, Wood gives us a sly take on how the old Hollywood studio system treated its contract players. It brings to mind the quote attributed to Alfred Hitchcock: "Actors are cattle." Here they are less than cattle; they're dead, especially Lugosi, who really is dead and appears only in stock footage Wood clumsily works into the final film.

In the end "Plan 9" is ahead of its time. It plays as a movie about the artifice of Hollywood. From the rickety sets and unspeakable dialogue to the non-acting actors and disregard for basic continuity from one shot to the next, "Plan 9" practically screams, "I am not real! I am only a movie!"

Perhaps "Plan 9" belongs in a different pantheon, among the great movies about movie-making: "Singin' in the Rain," Robert Altman's "The Player," and Federico Fellini's "8½." (OK. Maybe not.)

Wood didn't just make bad, incompetent, baffling films. He made bad, incompetent, baffling films that strove for deeper meaning. When he failed as a filmmaker, which was almost always, he failed magnificently. By a strange combination of delusional ambition and fortunate accident, he made terrible movies that not only are fun to watch but that surprise us with something new every time we revisit them. That is why Wood remains the Orson Welles of ineptitude.
Posted by Franklin at 12:00 AM