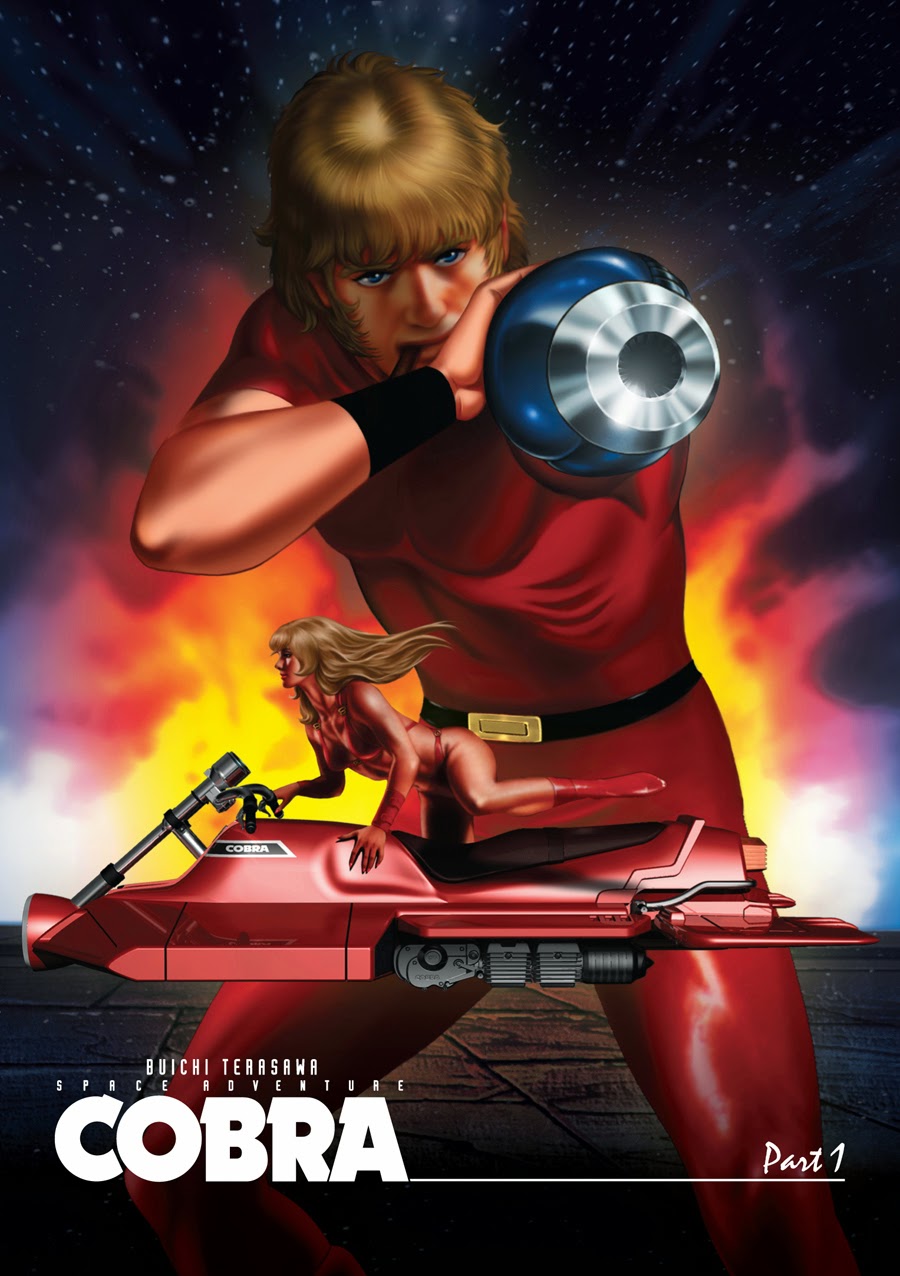 With an overly literal title like "Space Adventure Cobra," you know it has to be translated from Japanese.

Like "Super Dimension Fortress Macross" (aka "Robotech"), "Beast King GoLion" ("Voltron"), "Space Battleship Yamato" ("Starblazers") and "Science Ninja Team Gatchaman" ("Battle of the Planets"), "Space Adventure Cobra" hails from the golden age of Japanese animation. But unlike them, it didn't make the trip to America in the late 1970s and early '80s. It was something we first-generation anime fans could only read about, unless we were lucky enough to score bootleg VHS tapes that some other fan had subtitled. So it never got an Americanized title like "Sailor Moon" (known in Japan as "Pretty Soldier Sailor Moon").

One fan was alt rocker Matthew Sweet, whose music video for his breakout 1991 hit "Girlfriend" is mostly footage from the 1982 "Space Adventure Cobra" movie.

Back then we knew only that "Space Adventure Cobra" was about a pirate named Cobra who had adventures in space, and that it looked pretty cool. Turns out both are true.

The "Cobra" movie finally hit VHS in 1998 and was released on DVD just two years ago.

Set in the far future, the series starts by borrowing from Philip K. Dick's "We Can Remember It For You Wholesale," which later became the 1990 movie "Total Recall."

A bored office worker can't afford a vacation, so he instead opts to have one implanted in his brain, so he can remember it as if it really happened. Instead, the implantation process awakens repressed memories: The office worker is really Cobra, a legendary space pirate who five years earlier changed his face, wiped his memory and went into hiding from the sinister Pirate Guild.

Now that Cobra remembers who he is, he decides to hit the spaceways again, even if that means avoiding both the Guild, which still wants him either to join or die, and the Galactic Patrol.

So, along with Lady, his android partner, Cobra sets out in his starship to have adventures, which, oddly enough, don't involve any real piracy, although he isn't averse to a heist or two for a good cause.

Cobra is the prototype for the heroes and anti-heroes who would come along later in "Cowboy Bebop," "Trigun" and "Outlaw Star."

His first adventure, which in heavily altered form is also the basis for the 1982 movie, involves a beautiful bounty hunter named Jane, her two twin sisters and a map to their father's hidden treasure.

Naturally, Cobra isn't the only pirate on the trail. The Pirate Guild's most dangerous member, the cold, calculating Crystal Bowie, is after it, too. 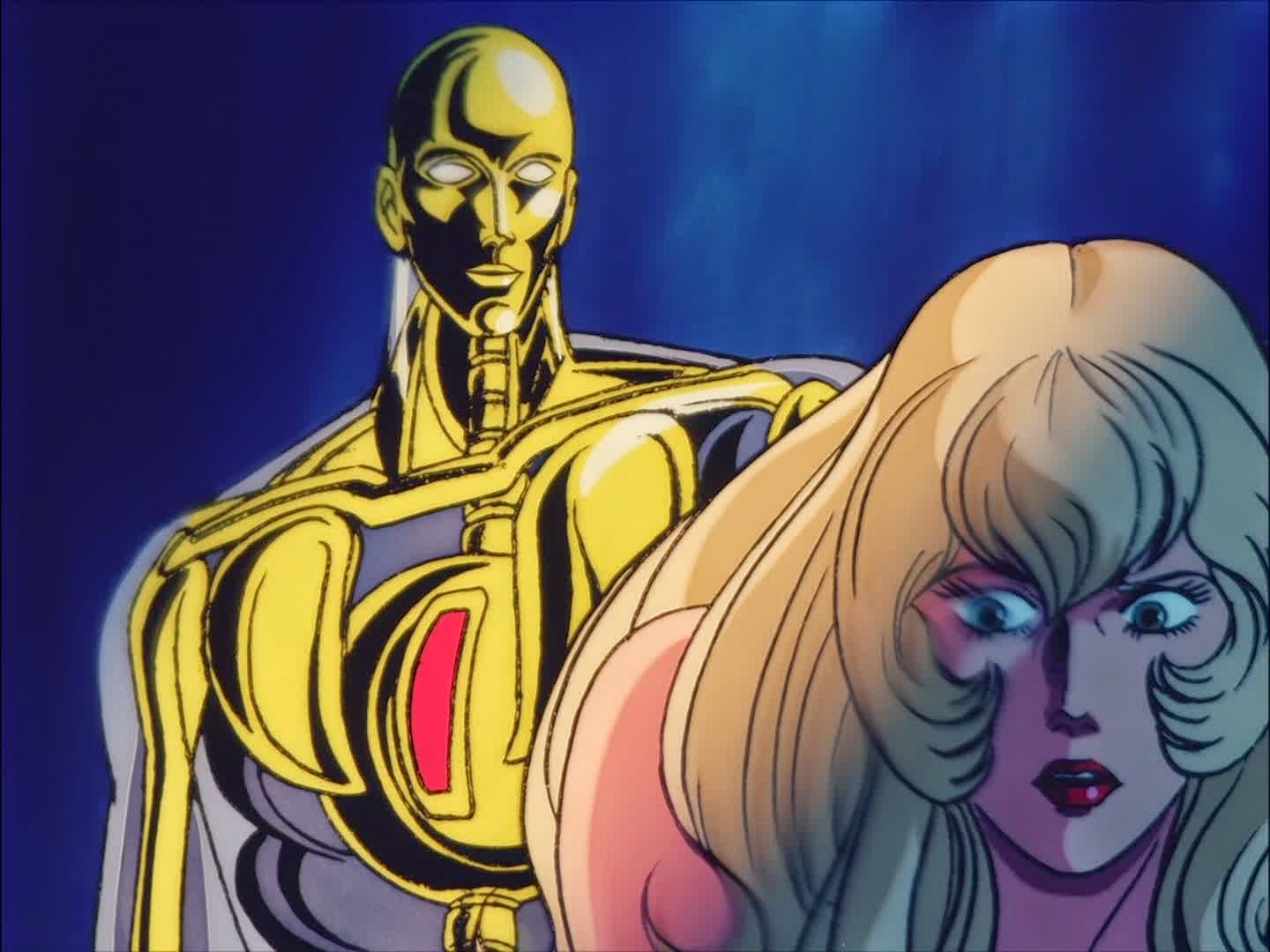 How to describe Crystal Bowie? Imagine a homicidal robot encased in a clear, laser-proof shell. Now imagine that robot is named after David Bowie.

Cobra's life of adventure is pure wish fulfillment. He has the best ship. He's surrounded by beautiful women. And concealed in his left arm is the "psycho-gun," a deadly weapon that never misses its target. How did he get such a magical device? It's not important. But it is enough to make you wonder if maybe this whole Cobra thing is really just the bored office worker's virtual vacation after all.

Even though it's 30 years old, "Space Adventure Cobra" holds up well compared to a lot of other animation from the same period. That's mostly because of the series' lush, airbrushed style. Almost any random frame of "Space Adventure Cobra" would look great painted on the side of a van — the sort of van on which you don't come a knockin' when it's a rockin'.

That's apt, because that's exactly the sort of van Cobra would drive if he didn't have a spaceship.
Posted by Franklin at 12:00 AM