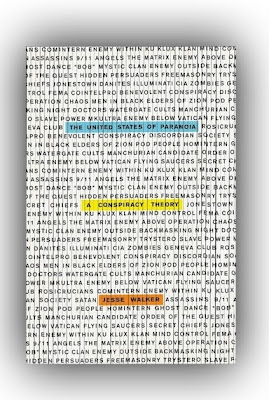 For more reasons than you may suspect, 1776 was a momentous year.

The United States declared independence from Great Britain. Several signers of the Declaration of Independence, including Benjamin Franklin and John Hancock, were Freemasons. In Scotland, Adam Smith published "The Wealth of Nations," which posited an economy guided as if by "an invisible hand." And in Bavaria, Adam Weishaupt formed a secret society called the Illuminati, which, by some accounts, sought to promote reason over superstition and liberty over despotism.

All of that is true, as far as it goes.

By other accounts, the Illuminati sought to rule the world and, although outlawed and supposedly disbanded, were responsible for the French Revolution and the Terror that followed. Some say the Illuminati infiltrated Masonic societies, like the ones to which many Founding Fathers belonged, and now the Illuminati's symbol, the All-Seeing Eye, is hiding in plain sight, on the dollar bill. On the dollar's other side is a picture of George Washington, or maybe an impostor, Adam Weishaupt, who some say looked a lot like Washington and took his place.

It's a conspiracy theory rooted in the nation's founding, with branches that spread, according to some, from the New York offices of the Council on Foreign Relations to California's Bohemian Grove.

America has no shortage of conspiracy theories. Whenever some pundit tells you the Arab world is rife with conspiratorial thinking, the proper response is, "Yes, well so is America," and it has been since Colonial days.

That's one point of Jesse Walker's — dare I say it? — illuminating and entertaining new book, "The United States of Paranoia: A Conspiracy Theory." Another point is conspiracy theories are not the province just of the lunatic fringe: Birthers and Birchers and Truthers, oh my! Some conspiracy theories are so widely believed as to qualify as conventional wisdom.

The public, talk shows, network news programs and law enforcement across the country fell for the 1980s Satanic cult conspiracy, which speculated that a network of devil worshipers was active nationwide, abusing children and performing ritual sacrifices. There was nothing to it.

Conspiracy theories are built on paranoia, but as They say, just because you're paranoid doesn't mean They aren't out to get you. (They got JFK, didn't They? Or did They?)

Some conspiracy theories are undeniably true, such as the conspiracy to kill Abraham Lincoln. Every day, a new story details more incidents of National Security Agency snooping. Worrying about the NSA got you branded as a kook as recently as last month. But now if you're not worried about the NSA, you're either dangerously naïve or an apologist for the system. Or maybe on the NSA's payroll. 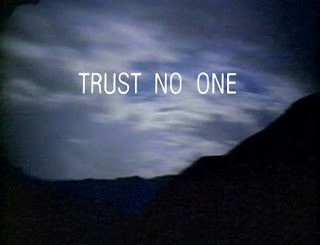 Sometimes the fear is the Enemy Without: communists, fascists or, as in the nation's earliest days, Indians. Sometimes it's the Enemy Within, such as your neighbors who are secret satanists. Sometimes it's the Enemy Below, as when Southerners worried about slave rebellions. Usually, however, it's the Enemy Above, the cabal of bankers and politicians who meet in secret to rule the world. And the paranoia runs both ways. If militia groups can be paranoid about the government, the government can be equally paranoid about militias, Walker shows. No one is immune.

And sometimes it's all just a put on, as Walker details in a fascinating chapter about ironic conspiracy theorists such as "Illuminatus!" co-author Robert Anton Wilson.