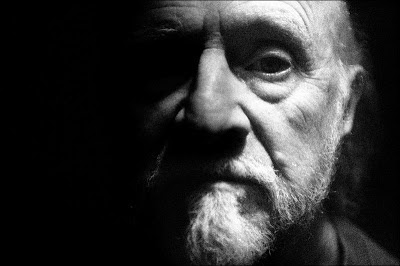 There is only one word that truly describes Richard Matheson. He was a storyteller.

There are writers and novelists and dramatists and screenwriters. But there are precious few storytellers, people who can weave tapestries of words and magic regardless of the medium. Writers for whom the story is everything, who turn out perfectly polished gems that make other writers weep with envious love-rage, and who glide between form — screenplay, short story, novel — as easily as others might change shoes. Or so they make it seem.

We lost one last year when we lost Ray Bradbury. Another, Harlan Ellison, as marvelous as he is often maddening, is still plugging away, despite poor health and a convention appearance "farewell" three years ago, bless his mischievous heart. And now we've lost Matheson, who died Monday at age 87, leaving behind a lifetime of stories.

These are stories you know. The harrowing vampire apocalypse of "I Am Legend," which has been adapted for the big screen three times, with Vincent Price, Charlton Heston and, most recently, Will Smith. His haunting tale "The Shrinking Man," which became the equally haunting film "The Incredible Shrinking Man." The supernatural nail-biter "Hell House," which he later turned into the movie "The Legend of Hell House." The screenplay for "Duel," which set into motion the career of its director, a talented lad by the name of Steven Spielberg.

It's an honorable calling, the calling of storyteller.

But the inevitable is inevitable. The grand old men of storytelling are getting older, their typewriters growing silent. And few have risen to the challenge of succeeding them. Neil Gaiman, perhaps, scribbling away with pen and pad, a master of comic books, fantasy novels and "Doctor Who" episodes, comes closest.

Before television became all about season-spanning story arcs, there was an art to crafting a self-contained story that fit comfortably in an hour or half-hour time slot.

You guessed it: Richard Matheson.

Both he and Serling adapted his short stories for the show. Soon, Matheson began contributing original scripts as well.

Matheson's stories are among the best of the series' run. They include "The Invaders," which pits Agnes Moorehead ("Bewitched") against doll-sized visitors from another world, and "Little Girl Lost."

His two most memorable "Twilight Zone" stories, however, have one thing in common: William Shatner. The first was season 2's "Nick of Time," in which Shatner and Patricia Breslin portray a young couple who become obsessed with a cafe's fortune-telling machine and its uncanny predictions. The second was season 5's "Nightmare at 20,000 Feet."

"Nightmare" is the definitive "Twilight Zone" story, never mind that Matheson adapted it from one of his previous short stories. From Shatner's performance as a man struggling to retain his sanity to the grotesque gremlin clinging to the airplane's wing, so much about the story is now iconic.

But it all sprang from Matheson's typewriter.

Through the decades, Matheson remained versatile. His fantasies ran from the terrifying ("The Night Stalker" with Darren McGavin) to the comic ("The Raven" with Vincent Price) to the romantic ("Somewhere in Time" and "What Dreams May Come"). The form and the style didn't matter.

All that matters to the storyteller is the story.
Posted by Franklin at 1:18 AM