Has any filmmaker, besides Orson Welles, faced as much misfortune as Terry Gilliam has in bringing his movies to the screen? 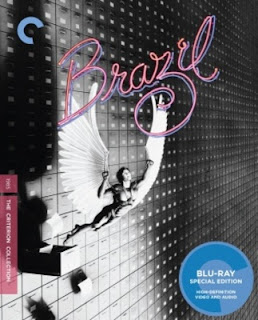 Gilliam's attempt to put his stamp on the story of Don Quixote is the stuff of legend. He began filming "The Man Who Killed Don Quixote" more than a decade ago, and after fits and starts and changes of leading men, the movie still isn't made, although it has spawned Keith Fulton and Louis Pepe's engrossing documentary about Gilliam's futile efforts, "Lost in La Mancha." More recently (and tragically) Gilliam's 2009 film "The Imaginarium of Doctor Parnassus" lost its star when Heath Ledger died in the middle of production. Gilliam salvaged the footage he'd shot with a plot twist that allowed other actors (Johnny Depp, Jude Law and Colin Farrell) to step into Ledger's role. But the resulting film was a disappointment on almost every level.

Gilliam's most famous struggle involved his 1985 masterpiece "Brazil" — one of my all-time top 10 films — which faced trials of a more typically Hollywood sort.

Initially, the studio butchered "Brazil," hacking 48 minutes from its running time and turning what was left into a love-conquers-all romance, complete with studio-issue happy ending. Gilliam had to wage a publicity campaign to shame Universal Studios into releasing something closer to his original 142-minute cut.

Somehow that all seems ironic for a film about the frustrating, dehumanizing and ultimately soul-crushing effects of bureaucracy.

Gilliam's preferred version of "Brazil" (the European cut) has been available on DVD for years as part of the Criterion Collection, but this month Criterion released it on Blu-ray, giving "Brazil" its most definitive and eye-popping release to date.

Unlike most dystopian tales, "Brazil" isn't set in the future but in a dystopian anytime, "somewhere in the 20th century," as the opening titles tell us. It's not so much science fiction as it is a surreal reflection of what American and European societies have already become: governments that resort to police-state tactics with alarming and increasing regularity, a looming threat of terrorism both real and imagined, and endless, mind-numbing paperwork. You can't even get your air conditioning fixed without a proper form 27B-6, a sly reference to George Orwell's apartment number.

It's the sort of world where one clerical error could get a man killed, just as in ours it can land you on a "no fly" list. So, a competent but feckless button-pusher like Sam Lowry (Jonathan Pryce) is just a hapless cog in the machinery of government, and the unlikely hero is the mysterious Harry Tuttle (Robert De Niro), a freelance repairman who became fed up with all the red tape and struck out on his own. Now Tuttle is an enemy of the state, a man named Buttle is a victim of mistaken identity, and Sam is mixed up in it all because the literal woman of his dreams (Kim Greist) is Buttle's upstairs neighbor.

Apart from being Gilliam's most visually striking film, with production design by Norman Garwood ("The Princess Bride") and cinematography by Roger Pratt (Tim Burton's "Batman"), "Brazil" is his strongest narrative. No surprise there, as the screenplay is by Gilliam, his frequent collaborator Charles McKeown and playwright Tom Stoppard ("Rosencrantz and Guildenstern Are Dead"). And Stoppard's fingerprints are all over the finished result. If there is a reason why Gilliam has never exceeded the artistic triumph of "Brazil" in his subsequent films, I suspect it's the lack of Stoppard's input. Once again, the auteur theory runs into the reality that screenwriters do matter, as much as some critics still like to ignore them.

Stoppard aside, "Brazil" is still very much a Terry Gilliam film, with some scenes coming across as live-action recreations of some of his old Monty Python cartoons. "Brazil" is personal filmmaking that very nearly fell victim to the same impulses it so expertly criticizes.