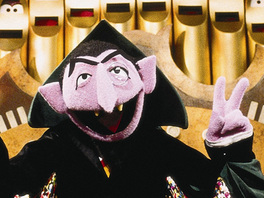 There comes a time when you realize you're getting old.

It first hit me when I learned Winona Ryder had been cast as Spock's mother in the most recent "Star Trek" movie. But that was nothing compared to finding out "Sesame Street" had just turned 40.

"Sesame Street" debuted Nov. 10, 1969, and has been a fixture on PBS ever since, making it the longest-running children's program on U.S. television. For Generation Xers like me, "Sesame Street" has always been there.

It began as an experiment to see if television could be educational. Eight years earlier, Federal Communications Commission Chairman Newton N. Minow had declared television a "vast wasteland." In retrospect, Minow's blunt assessment seems like pure elitism. But back in the 1960s, lots of people took government bureaucrats seriously.

Aided by experts in early childhood education and child psychology, Children's Television Workshop — now called Sesame Workshop — hoped to create a TV show that could teach young children basic reading and math skills, along with social skills they would need in elementary school. CTW succeeded, but fortunately, it didn't always listen to its experts.

Those of us who grew up with "Sesame Street" remember the alphabet and counting lessons. But what we recall most fondly are the characters.

Bert and Ernie, Big Bird, Oscar the Grouch, Grover, the Count and Kermit the Frog were some of our best friends. Their popularity allowed Children's Television Workshop to evolve into a multimedia empire, built on royalties from toys, movies, clothing and books.

Somehow, CTW missed one opportunity. How there never has been a spin-off series starring Oscar as a slob and the Count as his obsessive-compulsive roommate remains a mystery.

Despite being a money machine, "Sesame Street" receives federal funding through the Corporation for Public Broadcasting, making it a political target for both left and right. A rumor that "Sesame Street" was adding a homosexual character — besides Bert and Ernie, I mean — incensed some social conservatives. And Ralph Nader, the nation's self-appointed killjoy, has complained about the show's token corporate sponsorships.

But the worst sin of which "Sesame Street" is guilty is letting Elmo come to dominate the show.

For anyone who remembers the show's pre-Elmo heyday in the 1970s, Elmo is like Scrappy-Doo or Cousin Oliver. He is an annoying interloper who steals time from more entertaining "Sesame Street" characters.

Children nowadays, however, seem to love him. Probably that's another sign I'm getting old.